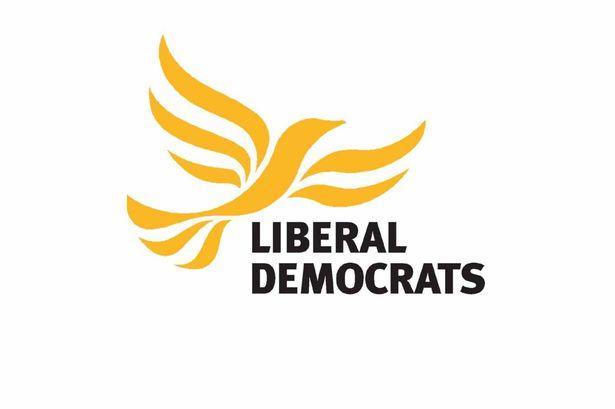 The Liberal Democrats support much of the government’s stance on Palestine. They state settlements in the West Bank are illegal. They believe that the blockade of Gaza should be lifted immediately. They do not support any boycott of Israel as it will make a peaceful solution harder to achieve. Liberal Democrats believe the UK Government should encourage the EU to recognise the State of Palestine. When MPs voted on recognising Palestine 28 Liberal Democrat MPs supported the motion while only one voted against it. The Liberal Democrats position is that they wish to recognise a democratic, sovereign and viable Palestinian state when it will help the peace process most.

On intervention, Isis, and Syria

“Liberal Democrats believe the UK should intervene only when there is a clear legal and/or humanitarian case, endorsed by a vote in Parliament, working within the remit of international institutions wherever and whenever possible.”

“Continue to work with international partners – Western, African and Arab – to tackle Islamic fanaticism embodied by organisations like the so-called Islamic State (IS) in Iraq and Syria and Boko Haram in Nigeria. These extremist organisations pervert Islam and carry out appalling atrocities against Muslims as well as 145 non-Muslims. This is a generational challenge that will take time and patience. We favour broadening the international Coalition against IS.”

“ Recognising that airstrikes alone will not defeat IS, continue a comprehensive approach, in compliance with international law, to supporting the Iraqi government in standing against IS, including:

·         Assistance in strengthening its democratic institutions.

·         Humanitarian relief to help alleviate the suffering of displaced Syrians and Iraqis.”

“Support the moderate opposition in Syria, who are fighting both President Bashar al-Assad and IS. We will continue to push for an inclusive political transition in Syria, which would enable Syrian moderates from all sides to unite against extremism and tyranny.”    (Pages 144-145)

On Israel and Palestine

“From the recent collapse of talks between Israelis and Palestinians to Russian interference in Ukraine, this is a challenging time for peace and security across the world. At times like these we need to redouble our diplomatic efforts and work closely with our EU and NATO partners to promote an active, rights-based foreign policy for our mutual defence.” (Page 143)

On human rights and international aid

“We have stood up for human rights, the rule of international law and humanitarian aid, delivering for the first time on the 40 year old UN ambition for developed countries to spend 0.7% of national income as Official Development Assistance.” (Page 142)

“Increased aid spending to 0.7% of national income, and guaranteed this in law.” (Page 143)

“Maintain our commitment to spend 0.7% of UK Gross National Income on overseas development, which the International Development Act 2015, introduced by a Liberal Democrat, now enshrines in law. We will adhere to the OECD’s definition of what activities qualify.” (Page 151)

“Implementing a policy of ‘presumption of denial’ for arms exports to countries listed as countries of concern in the Foreign Office’s annual human rights report. “

“Requiring end-user certification on all future arms export licenses with an annual report to Parliament on this certification.” (Page 144)

“Work for new global standards to end the use of conventional explosive weapons with wide-area effects in populated areas.” (Page 145)

“Support multilateral negotiations to stop Iran obtaining nuclear weapons. We will continue to seek normalisation of our diplomatic relations with Iran, including reopening the British Embassy in Tehran and promoting peaceful dialogue between Iran and Saudi Arabia.” (Page 145)

On extremism and security

The recent Islamist extremist attacks on journalists in Europe are a sharp reminder of the need to protect freedom of speech and belief internationally. We will appoint an Ambassador-level Champion for Freedom of Belief to drive British diplomatic efforts in this field, and we will campaign for the abolition of blasphemy, sedition, apostasy and criminal libel laws worldwide, having already been responsible for ending them in this country.” (Page 153)

“And criminals, hackers and terrorists now operate across borders, too. It is in the interests of all countries to create a system of international law and governance, both treaty-based and multilateral, at the global level. We will ensure Britain actively and constructively works with our allies and partners in the European Union, Commonwealth, UN and NATO to engage with and develop policy responses when liberal internationalism and the rules-based system are challenged.” (Page 141)

On refugees and immigration

“Liberal Democrats believe we should welcome talented people from abroad, encourage visitors and tourists who contribute enormously to our economic growth, and give sanctuary to refugees fleeing persecution. Immigration procedures must be robust and fair, and the UK must remain open to visitors who boost our economy, and migrant workers who play a vital role in business and public services.” (Page 33)

“Thanks to Liberal Democrats in Coalition Government, there have been key advances in tackling inequality and improving the lives of Britain’s ethnic minorities.” (Page 4)

On refugees and immigration

“We will rebuild trust in the immigration system, and stand up to those who make ugly attempts to blame migrants for society’s problems.” (Page 5)

“We want to rebuild trust in the migration control system, protect migrants from scapegoating.” (Page 15)

“Speed up the processing of asylum claims, reducing the time genuine refugees have to wait before they can settle into life in the UK and making it easier to remove those who do not have a right to be here.” (Page 15)

“Continue to defend both the Equality Act and the European Convention on Human Rights, legally protecting people from discrimination in the workplace and in wider society.” (Page 6)

“End Female Genital Mutilation (FGM) within a generation. In the UK, FGM tends to occur in areas with large populations of FGM practising communities. The Home Office has identified girls from the Somali, Kenyan, Sudanese, Sierra Leonean, Egyptian, Nigerian, Eritrean, Yemeni, Kurdish and Indonesian communities as most at risk of FGM.” (Page 6)

“We are working to tackle Britain’s housing shortage, and have introduced the option of Sharia-compliant Help to Buy mortgages, ensuring that more people have the opportunity of buying their own homes through faith sensitive financing.” (Page 8)

“Continue support for the Interfaith Network to promote strong and sustainable relations between different faith communities.”

“Support projects aimed at tackling intolerance such as Show Racism the Red Card and the Anne Frank Trust UK.”

“Work closely with faith and community organisations, such as the Community Security Trust (which works to protect the Jewish community against antisemitic attacks) and the Muslim Council of Britain, to prevent hate crime, including at places of worship like synagogues and mosques. We are determined to combat antisemitism and anti-Muslim hate in the UK and internationally.” (Page 14)

‘It cannot be right, given that this is a crucible of so much violence and division across so many communities, that one man – in what I assume was a desperate attempt to curry some votes – should basically tear up the basic tram lines on which a peace deal is likely to occur.”