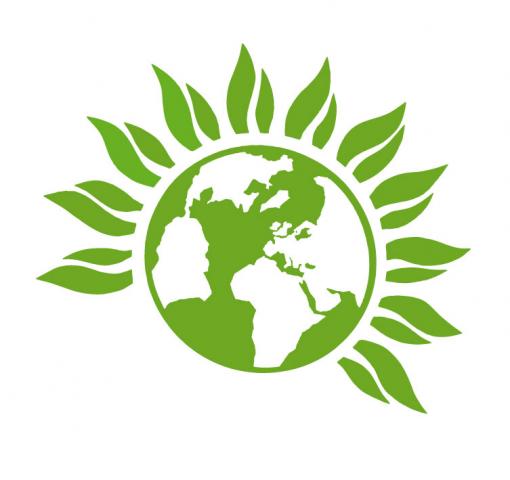 The Green Party condemned Israel's ground invasion and bombardment of Gaza in 2014 and continue to call on the UN, the EU and the US to ensure that Israel complies with international law. They also call on Israel to evacuate illegal settlements within the occupied territories of Palestine. In addition, they call on the government of Israel to dismantle the 'West Bank Barrier' which divides Palestinian territories, depriving Palestinians of land, water, and employment.

The Green Party supports active participation in the boycott, divestment and sanctions campaign which aims to put pressure on the government of Israel to end the Occupation and to give equal rights to Palestinians.They believe that in the present situation neither the UK government nor UK companies should be selling arms to Israel.

“We opposed military interventions in Afghanistan, Libya and Iraq, and will oppose all future interventions that lack a sufficient moral, legal and democratic mandate or when military action risks being counter - productive, for example by providing fertile recruitment, fundraising and propaganda opportunities. We will instead advocate for regional solutions to conflicts and for the UK to take a lead in advancing diplomatic, economic and political solutions to the threats posed by terrorist groups such as ISIS and Boko Haram.” (Page 69)

“The UK’s recent history has been scarred by involvement in ill - advised military interventions that have undermined our national and international security. The Green Party opposed these interventions, which have brought havoc to Iraq and Libya and only fragile gains in Afghanistan, as well as driving an increased terrorist threat closer to home – all at the cost of many precious lives and vast amounts of money and other resources that could have been better used for other needs.

Green MP Caroline Lucas challenged the PM in the debate on 26 September 2014 on military action in Iraq ‘Will the Prime Minister recognise that killing extremists does not kill their ideas? On the contrary – it can often feed their ideas, and for that reason the former MI6 head of counter - terrorism has said that getting Saudi Arabia and Iran around a negotiating table would be far more effective than bombing. Why are we not hearing far more from this Prime Minister about the political and diplomatic solutions to this situation, rather than reaching for the military solution, which could undermine them? “ (Page 70)

“We seek a just, sustainable and peaceful solution to the Arab - Israeli conflict, based on mutual recognition of the rights to independent statehood for Palestinians and Israelis. We condemn human rights violations by both parties and the oppression and disproportionate use of aggression by the Israeli government against the people of Gaza. We seek to suspend the EU – Israel Association Agreement. “(Page 69)

Green MEP Keith Taylor and Palestine Keith Taylor is a member of the European Parliament’s delegation to Palestine and has visited the Occupied Territories. As part of his work, Keith has called for Israel to end its practice of detaining Palestinians without charge, and has supported his constituents in boycott campaigns relating to goods made in illegal Israeli settlements. Keith has long campaigned for the recognition of Palestine and has put his name to a successful Resolution calling on the European Parliament to recognise Palestine as a state.” (Page 71)

"We condemn state - sanctioned breaches of human rights by countries such as China, Syria, Sudan and Pakistan, as well as by individuals or organisations, and we advocate the use of sanctions and legal action via the International Criminal Court for those violating international human rights standards." (Page 69)

On oil, war and terrorism

“So what do war, terrorism, food policy and the oil industry have to do with each other? If we didn’t depend on oil from the Middle East, we wouldn’t need to invent reasons to go to war there when supply lines are threatened. If we weren’t involved in wars in the Middle East, terrorism here would lose its raison d’être. With less fossil fuel we would have to expand renewables and grow more of our own food, making us far less vu lnerable to blockade in any future war. Security policy is not just about tanks; it’s also about acting responsibly and building resilience at home. It’s another virtuous circle.” (Page 71)

“We would provide humanitarian support for the millions of refugees displaced by these conflicts.” (Page 69)

“Diminish dependence on arms sales through a halt to government subsidies and introducing a strict licensing regime to prevent sales of weapons and military equipment to undemocratic regimes and those that violate human rights (including, at the present time, Israel and Saudi Arabia).” (Page 70)

On the aid budget

“Seek negotiated settlements to a range of conflicts around the world and block sales of weapons and military equipment that increase misery and death for non - combatants and have particularly destructive impacts on vulnerable peoples, notably women and children.” (Page 69)

"Outlaw the use of torture, the sale of torture equipment and the rendition of people to countries where torture is not prohibited, and enforce the laws against it." (Page 69)

Green Party leader Natalie Bennett said in an interview with the Jewish Chronicle that she backed the boycott of Israeli artists, musicians and academics.

She said: “We need to get the message across to the Israeli state. It needs to comply with international law and human rights. The boycott of Israel is Green Party policy. It is a really difficult area, but I would support the policy.”

Speaking about the suspension of the EU-Israel Association Agreement, she said: “That agreement should be contingent on respecting human rights and international law. Until Israel is in compliance with international law, I don’t think we should have that trade deal.”

“I believe we should stop arms sale to Israel. I believe that we should be using diplomatic pressure to push Israel to respect international law and UN resolutions.”

“I believe we should also stop arms sales to Saudi Arabia.”

“When I am talking about the situation between Palestine and Israel, I focus on the behaviour of the Israeli government.”

“Britain’s place in the world should be as a champion of human rights and democracy.”

“Recognition is a good starting-point for negotiations and would help guarantee that the focus of talks is about how Palestine becomes a viable and secure sovereign state - not whether it becomes one. Denying recognition as the current UK government is doing is entirely at odds with the principle of self-determination.

I oppose an amendment that seeks to make British recognition of Palestine dependent on the conclusion of successful peace negotiations between the Israeli government and the Palestinian Authority.

Neither Israel nor Palestine’s right to exist should be subject to veto or any kind of conditions and we must actively challenge any refusal by either side to deny the other’s right to exist.

I have visited occupied Palestine on several occasions and, like so many, was horrified at the latest assault on Gaza at the hands of the Israeli military.

It can be difficult to comprehend the scale of the human tragedy that is occurring on this narrow strip of land, day in day out. Not just when the camera crews and reporters are there, but every single day.

It’s essential that human rights violations and violence on all sides cease and that the international community take strong action to hold the perpetrators to account. We also need a clear acknowledgement that building on the recent peace agreement between Israel and Hamas requires, first, an end to the siege of Gaza and then to Israel’s occupation of Palestine.

“Israel said it opened hostility with Hamas, but in fact it had declared war on the people of Gaza.”

“Through my work over the last four years on the DPLC I have concluded that Israel has decided it has nothing to gain from reaching a Middle East settlement. But I believe what must happen is that it understands it will suffer serious consequences if it doesn’t.

c) that civil society continues to show its revulsion for Israel’s actions in Gaza and to keep up the pressure on all politicians until peace is achieved. Demonstrations like this one here today increase awareness and political pressure.”