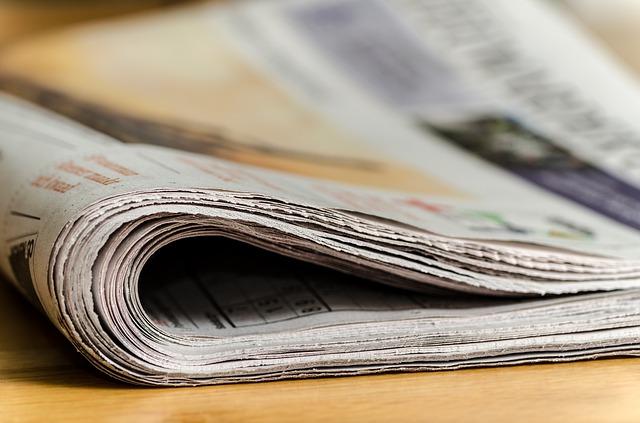 This page will keep you up to date with articles, letters and other content about the UK general election which have a focus on the Middle East or British Foreign policy.

Mehdi Hasan writes about Ed Miliband’s foreign policy record as leader of the opposition assessing his approach towards Syria, Israel and Libya. Hasan examines the implications Miliband’s foreign policy could have if he is elected to the UK’s ‘special relationship’ with the US. Hasan writes “Mr. Miliband could become the first British prime minister in a generation willing to stand up to the United States and chart a distinctive path”, and that Miliband “isn’t afraid to challenge the foreign policy establishment”.

Ed Miliband's foreign policy would not be benign (Open Democracy)

David Wearing analyses the speech Ed Miliband made on foreign policy to Chatham House. He is critical of the ‘macho nature’ of British foreign policy as well as its incoherence. He states if Ed Miliband “gains office, he will need to spend less time playing the hard man, and more time thinking productively.” Wearing also identifies the gap in political discussion when it comes to Yemen, while Britain continues to lend political support to Saudi Arabia. He concludes “Whether Labour win or lose the election, far more critical pressure needs to be brought to bear on the party’s approach to foreign policy, which has only improved to a relatively small extent since the darkest days of Tony Blair.”

Director of Chatham House, Robin Niblett, analyses five foreign policy challenges facing the next UK government. He states: “the next British government will face one of the most challenging periods in British foreign policy since the aftermath of 9/11 and will have constrained resources with which to do so.” One of the five key challenges identified is the situation in the Middle East. Niblett analyses the challenges the Middle East poses, from nuclear talks with Iran, the two state solution, and the Mediterranean refugee crisis.

Why are the Conservatives ignoring the Muslim Vote? (Middle East Eye)

Peter Oborne explores the Conservative Party’s position towards Muslims in the UK, illustrating how their vote is being ignored. He documents the lack of attention paid to Muslims, and Muslim groups, as well as the failure of David Cameron to visit a mosque during the election campaign. Oborne highlights research by the Henry Jackson Society showing that the British Muslims vote could prove vital to the outcome of the UK general election, however points out Conservatives have been ‘unresponsive’ to the research.

Is there such a thing as a ‘Muslim vote’? (The Muslim News)

Masuma Rahim questions whether there is such a thing as the ‘Muslim vote’ in the UK. She states “there is as much variation within the Muslim ‘community’ as there is within the Christian ‘community”, and therefore to speak of the ’Muslim vote’ is to homogenise ‘our ethnic origin.  Masuma says “The problem is that when politicians court the ‘Muslim vote’ they tend to focus purely on ‘Muslim’ issues” at the expense of other important issues.

Natalie Nougayrède reflects on Ed Miliband’s speech to Chatham House on Britain’s place in the world. Natalie says Miliband’s speech “at Chatham House answered some questions, but not all." She states that although Miliband is clear in his intention to put the UK at the heart of global affairs “he struggles to define how.” She also focuses on the legacy the 2003 Iraq war has left on British foreign policy.

David Cronin analyses whether there is really that much difference between David Cameron’s and Ed Miliband’s policy on Palestine. While both Cameron and Milliband have occasionally made disparaging remarks about Israel’s attacks on Gaza, both have refused any ‘robust’ action against Israel. Cronin states even if the SNP were to form part of a coalition it is unlikely that this will lead to an arms embargo on Israel. He concludes that the British establishment continually conceal the truth by denouncing Palestine solidarity campaigners.

Is David Cameron the most pro-Israel British PM ever? (Hareetz - subscription required)

Ashel Pfeffer says the consensus in Israel is that “we have never had such a pro-Israel prime minister” in David Cameron, and that the thought of him losing is causing “a shudder of dread to pass through Israeli diplomats and lobbyists in London.” Pfeffer documents the policies David Cameron and his front bench team have implemented, such as strengthening sanctions on Iran and amending “the universal jurisdiction legislation that allowed arrest warrants to be issued against Israelis suspected of alleged war crimes.” He concludes saying many who have discussed Israel with Cameron come away with the clear impression that “he sees the Middle East very similarly to Netanyahu."

Where is the foreign policy in the British election? (The National)

Peter Hellyer reflects on the lack attention placed on foreign policy issues during this election campaign. He contrasts this with recent previous election campaigns where foreign policy has been a prominent issue primarily due to discussion over Iraq. He highlights some of the notable current foreign affairs issues such as Iran and Isis and advocates that discussion of these “issues now, at election time, would, surely, contribute to better-informed decision-making in the years ahead.”

Shirley Williams writes about the lack of foreign policy discussion in the UK general election campaign despite the “growing turbulence in the world.” She advocates that now the UK has re-established diplomatic relations with Iran it can play a more active role in negotiations and relationship building with Iran. Williams also identifies the Mediterranean migrant crisis as one of the biggest foreign affairs crisis’ an incoming government would face.

Ian Sinclair questions how anti-war Ed Miliband really is taking a look at when Miliband has and has not supported military intervention. Sinclair concludes “far from being anti-war Miliband has repeatedly supported wars of choice, often with dubious legal and moral justifications” such as Afghanistan, Libya, and Iraq in 2014.

Why has foreign affairs been so neglected during the election campaign? (New Statesman)

John Bew analyses why there has been so little attention paid to foreign affairs in this election campaign. He looks at British policy towards Libya and evaluates the chain of events which lead to Obama deciding not to intervene in Syria. Bew describes the present debate over foreign policy as ‘a phoney war’ ; “Labour is squeamish about the ugly nature of the international arena” and “the Conservative Party is vulnerable on defence and foreign policy.” Bew concludes that the fact we have “failed to have a serious discussion about foreign policy during the campaign” reveals much about our politics.