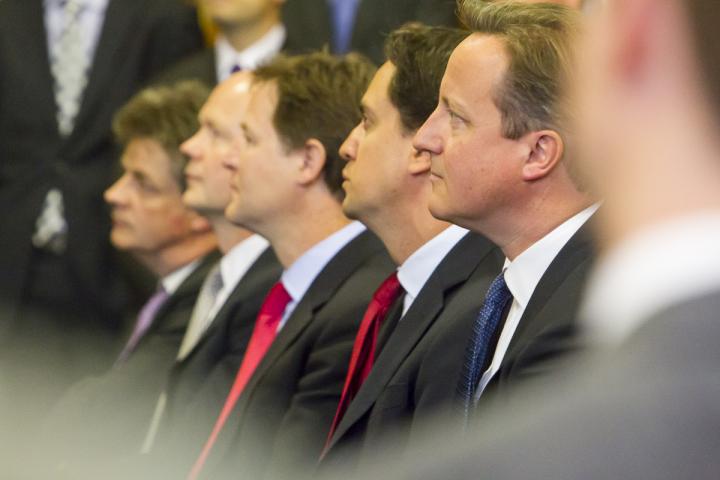 This page will keep you updated on any comments made about the Middle East during the televised election debates.

Natalie Bennett said: “We followed America into Iraq and Afghanistan disastrously for our forces, and for these countries, and the state of the whole region.”

“Regional countries are feeding Isis. Money is coming through them. We need a strong diplomatic effort to put pressure on that region. We also need to stop pumping our arms into that region, particularly into countries like Saudi Arabia who are huge human rights abuses, and are hugely fuelling conflict in the region. That must stop.”

Ed Miliband on the Iraq War: “It is very important that we learn the lessons of the 2003 Iraq war.”

On Isis: “Isis is a disgusting evil organisation. We must give them no quarter and defeat them at home and abroad. We got to do it by cooperating across borders.”

“We have to learn the lessons of the past. We can’t have Britain and the US thinking they can sort out the world’s problems alone – that is the lesson of the Iraq war.”

On Intervention: “In 2013 David Cameron and Nick Clegg came to me and said they wanted to bomb Syria – they had not thought through the consequences. It was not a last resort – so I said no. As a result the British parliament said no and president Obama decided not to go ahead with that action.”

“Military action is a last resort but in the case of Isis I will continue it.”

Leanne Wood said: “Plaid Cymru strongly opposed the wars in Iraq and Afghanistan and we have tried hard to hold the former Labour government to account.”

Nigel Farage Commenting on his belief in Trident said: “we look at North Africa, we look at the Middle East ... the world is a very dangerous place.”

The second debate, ‘the leaders’ debate’ took place on 2 April. The leaders of seven of the parties standing in next month’s UK general election appeared on ITV.

Natalie Bennett said: “A challenge to David Cameron. The UN has asked us very loudly and clearly to take our share of the most vulnerable Syrian refugees. You said no we are not doing it – we are taking our own programme. The last figure I saw on that is that we have taken 143 Syrian refugees.

I say to you we should be taking our fair share of the most vulnerable Syrian refugees.”

David Cameron replied: “We have taken some people from Syria, some of the most vulnerable people, including elderly and disabled people. But the most important thing we can do with Syria is maintain the fact we are one of the biggest bilateral aid donors, helping people in those refugee camps to be fed, to be clothed, and to try to find a solution so they can go home.

There are about 6 million refugees and we cannot take all these people in, so it makes sense to use our aid budget to try and help them in the region, and then help them get home.”

The first debate occurred on Thursday 26 March. Iraq, Libya, and Isis were all touched upon. Below are the key quotes from the first debate.

Responding to a question about whether he regretted his decision to mount air strikes in Libya:

"It was right to stop Colonel Gadaffi when he was going to butcher his own people. If we had not stepped in we would have seen a massive catastrophe in Benghazi. It was the right thing to do. I don’t accept we left the Libyan people after that, we put in aid, we put in military training, and we put in political assistance”

“It hasn't been possible to get warlords to put down their weapons. We are still trying to bring that about. It has been a difficult situation.”

“In the summer of 2013 this government proposed action in Syria. The bombing of Syria, right? I was called into a room by David Cameron and Nick Clegg, because president Obama had been on the phone - the leader of the free world, right? I listened to what they said, and over those days I made up my mind, and we said no, right? I think standing up to the leader of the free world shows certain toughness I would say.”

"I am not proud of what happened in Syria since – it is a failure of the international community – but what I am not going to do is repeat the mistakes of the 2003 Iraq war which happened when Labour were in power. It was a rush to war without knowing what your strategy is and without being clear about what the consequences would be. I am not a pacifist; I did support action in Libya and action against Isis."