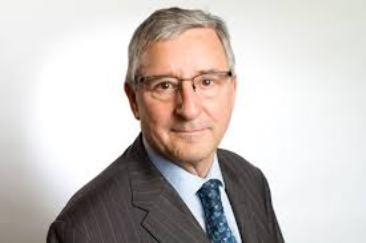 I am aware that the Knesset passed a law restricting entry to Israel for foreign nationals who have expressed support for a boycott of Israel or Israeli settlements. I also recognise concerns that laws such as this infringe on legitimate freedom of expression and run counter to free and vigorous political debate.

I am opposed to boycotts of either Israeli or Palestinian goods. I do not believe that boycotts help to engage or influence either party or will lead to progress in the Middle East peace process.

I do believe though that consumers should have clear information about the origin of the produce they are buying so that they can make informed decisions. The previous Labour Government therefore introduced guidance stating that labels should distinguish between "Israeli settlement produce" and "Palestinian produce". Before these guidelines were introduced, foods were labelled "produce of the West Bank".

I appreciate that concerns have been raised about the range of individuals who could be affected by the new law in terms of visiting Israel and the Occupied Palestinian Territories. I hope the Israeli Government will clarify the potential impact on British nationals of this law, and I know that the Foreign and Commonwealth Office is seeking this guidance. I can assure you that I will follow this matter closely.

I am deeply concerned at the humanitarian situation in Gaza and the terrible suffering that many Palestinian people are experiencing. It is clear that the blockade of Gaza undermines basic human rights and economic prospects, as well as the availability of essential services.

I know that organisations such as Medical Aid for Palestinians have raised the issue of access to medical care for those living in Gaza, and the obstacles that they and their companions face when seeking to travel for treatment.

Indeed, the World Health Organization (WHO) has stated that the complex permit regime people face "can result in delays and denial of care for patients which can impact their health". The WHO has also stated that there has been a high volume of permit requests over recent months, largely due to a high number of repeat applications, and that in December 2016 some 58% of patients were denied or delayed permits.

I agree that these restrictions should be eased and I know that the UK has consistently urged the Israeli Government to ease movement and access restrictions.

Ultimately, though, the only way the humanitarian crisis in Gaza and the wider Occupied Palestinian Territories will be resolved is through a negotiated two-state solution - one that recognises the importance of security and stability, and guarantees a viable future for both Palestinians and Israelis.

However, as the Middle East Quartet has warned, the denial of Palestinian development, of which healthcare forms a part, undermines eventual agreement on such a solution. I believe a two-state solution is still both achievable and necessary, and I will continue to urge the Government to fully back all initiatives and support dialogue to achieve this.

I share the frustration and disappointment expressed by many at the lack of progress on the Middle East Peace Process, and I strongly believe that a negotiated two-state solution is in the interests of both Israel and the Palestinians.

A report by the Middle East Quartet last year expressed that continuing on the current course will make the prospect of two states living side by side in peace and security "increasingly remote".

A two-state solution that recognises the importance of security and stability, and guarantees a viable future for both Palestinians and Israelis must remain the goal of the international community.  It is therefore essential that the UK Government continues to support dialogue and fully back all initiatives to keep the two-state solution alive.

I know from the many letters and e-mails I receive that there are very strong views on this matter.  I will continue to press the Government on the actions it is taking and follow any developments closely and with interest.  I have involved myself in this issue for many years, and can assure you of my continuing best endeavours.  One of the aspects on which I have made representations is that of the demolition of villages.

The UN has estimated that there are over 20 million refugees worldwide, and so far this year over 20,000 people have made the perilous Mediterranean crossing. Our country has a proud history of helping those fleeing conflict and persecution and as we face the biggest humanitarian crisis since the Second World War it is, of course, right that we continue to play our part.

I have long believed the Government should be helping refugees who have stayed in camps in the region as well as those who have made dangerous journeys to Europe. I particularly agree on the importance of meeting our obligations under the Dublin regulation to reunite refugees with family in the UK. With continuing reports of overcrowded camps and allegations of mistreatment, I would like to hear more from the Government on its progress with processing claims under the Dublin regulation from people who have made it to countries such as Greece and Italy.

I also believe we could do more to help unaccompanied child refugees in Europe. I am very disappointed that the Government recently announced the Dubs scheme will end after resettling only 350 unaccompanied children. 350 children is far short of what was expected - when Parliament debated and accepted the Dubs amendment last year the frequently mentioned number was 3,000. We know that unaccompanied child migrants are highly vulnerable to trafficking, sexual exploitation and other forms of abuse. I am therefore strongly of the view that the Government should recommit to meeting the obligations of the Dubs amendment, restore this scheme, and accept some of the most vulnerable children in the world.

As this crisis continues the Government must fulfil not only its legal but its moral obligations.

As you know, on 29 March the formal process for the UK's withdrawal from the EU was started when the Government triggered Article 50. This also marked the start of the two-year period in which an exit deal must be negotiated.

I respect the result of last year's referendum and accept that outside the EU our relationship with Europe must change. However, that does not mean we have to accept the Prime Minister's approach to Brexit, which I believe would put jobs, the economy and rights at risk.

I believe we should take a very different approach and seek to build a new and strong relationship with the EU: not as members, but as partners.

The forthcoming negotiations must therefore aim for an exit deal that ensures a cooperative, collaborative new partnership. It must ensure continued cooperation in areas where we both benefit - from counter-terrorism and higher education, to culture and climate change. It must most importantly also be one that that puts jobs, the economy and living standards first - and I believe strongly that seeking to retain the benefits of both the Single Market and the Customs Union will be vital to protecting these.

I am very clear that Brexit is not an excuse for weakening workers' rights, consumer rights and environmental protections, and all existing laws covering these must fully protected without qualifications, limitations or sunset clauses. Nor did the referendum give any authority for ripping up our existing economic and social model and turning the UK into a tax-haven economy.

While I accept that immigration rules will have to change as we exit the EU, I am absolutely of the view that those EU nationals who are already living here must have their legal status guaranteed immediately - just as I believe the status of British citizens in the EU must be guaranteed too.

Yemen urgently needs a ceasefire, a political settlement, and food aid. This crisis will only be ended through peace talks and these must be the priority for everyone. I am particularly disappointed that, despite promises from the UK Government to bring a ceasefire resolution to the UN Security Council in October 2016, almost six months have passed and there has been no progress toward a ceasefire. I strongly hope the UK Government will live up to its international commitments and start taking a much more proactive role in seeking a peaceful resolution.

The news, confirmed by the Secretary of Defence last December, that Saudi Arabia used BL-755 cluster bombs, was extremely concerning. It should be noted, however, the UK signed the Convention on Cluster Munitions in 2008 and has not supplied any such weapons to Saudi Arabia since 1989. In response to Parliamentary Question 62254, answered on 7 February, the Foreign and Commonwealth Office stated that, "In line with our obligations under the Convention on Cluster Munitions, we regularly encourage Saudi Arabia, as a non-party to the Convention, to accede to it. The most recent Ministerial engagement on this issue was in October.”

I wrote to the Government on the issue of a suspension of UK arms sales until an independent inquiry has been carried out, having heard in a similar vein from a number of constituents.

There has been a rise in hate crime in the UK following the EU referendum and the UK's role in tackling the refugee crisis.

Any referendum has the potential to create division in society and unfortunately the EU referendum was no different. I share your concern regarding the rise in reported incidents of hate crime following the referendum. It is important that the decision is respected, but we all have a responsibility to work together to heal the divisions that have occurred, in order to defeat the small minority of people who seek to use this moment to peddle hatred and violence.

The current refugee situation is the biggest humanitarian crisis to hit Europe since the Second World War. As you know, in September there is two world summits taking place in relation to refugees and migration. I understand that Oxfam is calling on the Prime Minister to attend these summits and reaffirm the UK's commitment to its position as an international human rights leader, by continuing to provide sanctuary and protection for refugees.

I believe that these two summits offer a chance to tackle the refugee situation, strengthen global responsibility sharing to support both the care of refugees and the host nations. The Government has stated that they offer an opportunity to review progress, including how parties are delivering on their commitments to support refugees in the region.

The Government has stated that the Secretary of State for International Development continues to lead engagement with regional partners on tackling the refugee crisis and that the UK is at the forefront of international efforts to support over 4.8 million Syrian refugees. However, I am concerned that the Prime Minister has removed the Ministerial post for Syrian refugees. I believe an issue of this magnitude should have a dedicated Minister and this decision demonstrates a lack of commitment to adequately tackle this crisis.

More widely, the Government's response to the scale of the refugee challenge has been slow, reluctant and limited. The Government has committed to taking 20,000 refugees from the region over the next five years. However, five years may be too long for many vulnerable refugees who are living in camps, and having a fixed number does not allow flexibility for a changing situation.