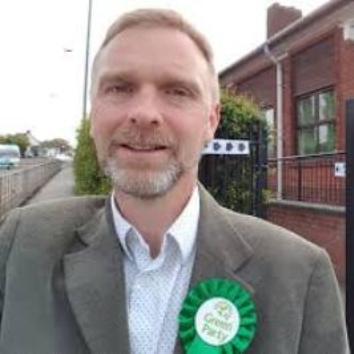 Questions surrounding Israel and Palestine are understandably, very sensitive for all parties concerned. I would still like to address the points you raised, as clearly as possible, stating what is mine and the Green Party’s position.

Firstly, the Green Party seeks a just, sustainable and peaceful solution to the Arab-Israeli conflict, based on the mutual recognition of the rights to independent statehood for Palestinians and Israelis. We condemn human rights violations by both parties and want to see peace in the Middle East.

The Green Party stands against hate crime, including anti-Semitism and all other forms of racism. We are alarmed by the increases in racist hate crime that the UK and Europe have seen in recent years, including the rise in anti-Semitism and Islamophobia (noting the correlation in the increases between the two). We stand for progressive politics which acknowledges minority and marginalised groups, and we defend their rights. No individual should feel fear of persecution for the country they were born in, their ethnicity, or the faith that they practice. To do so requires a working definition of what constitutes different forms of hate crime, which the International Holocaust Remembrance Alliance have put forward a recommendation in relation to anti-Semitism, though legal challenges have suggested that it has flaws. Namely that the definition would need to be clearer and it has conflicts with the Human Rights Act 1998 and the Education Act 1986. For effective legislation there would need to be both a cross-party working group and legal advice. I would work towards ensuring that there is such a definition that protects individuals against anti-Semitic hate crime, alongside all forms of hate crime.

The Green Party has condemned the actions of the state of Israel in relation to the disproportionate use of aggression towards Gaza in the conflict, and in relation to state support of the expansion of illegal settlements within the occupied territories. We have previously called on the government of Israel to abandon its claim to the whole of the city of Jerusalem and to afford equal rights to the Israeli and Palestinian citizens of the city. We have supported boycotts and sanctions until both the democratically elected bodies of Israel and Palestine enter talks to bring about lasting peace. Whilst sanctions and boycotts may seem extreme measures, they are the least violent means that other countries can use in encouraging both sides in bringing about a lasting peace. There is an existing EU directive that consumers are made aware of the providence of goods coming from the occupied territories, which gives consumers the necessary information to choose whether or not to support such goods. As we are campaigning for EU law to be kept in effect following exit negotiations, we would then need to consider any such laws as and when they are handed back to UK jurisdiction.

We recognise the challenges facing all governments in promoting peace in the Middle East and that the situation is changeable. I hope that there is sufficient improvement whereby I and my party can more fully support the state of Israel, as I am only too well aware of the suffering caused to all involved by hostile relations.