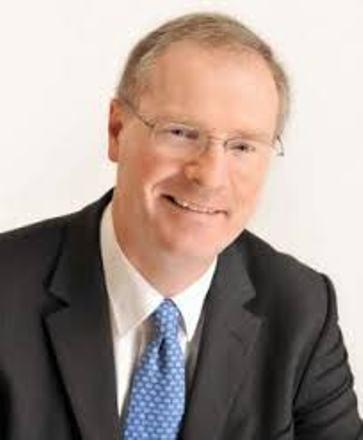 You can see the questions asked here.

1) I would like to see the UK recognise Palestine. The UK Government's position is that this should happen at the moment when it 'could best help bring about peace.' I agree with that approach but consider that the decision cannot be put off indefinitely.

2) I strongly oppose the construction of illegal settlements and agree that they are a very substantial obstacle to peace. I would like products/services from the settlements described as such so that people take decide whether or not to buy them. I would like to see the same approach to products/services from all areas illegally occupied in contravention of international law (such as the Crimea)..

3) The UK's response to the refugee crisis has generally been extremely strong. It has been the second largest bilateral donor to the countries hosting refugees, in particular Lebanon and Jordan. I have seen at first hand the fine work done by the Lebanese, Jordanian and UK governments in providing education to hundreds of thousand of Syrian children who have had to flee their homes. I urged the Government to take in Syrian refugees in 2015. As a result of cross-party calls, the UK has pledged to receive 20,000 refugees (and now another 3,000 unaccompanied children) from the Syrian conflict. This resettlement is well underway and is being very carefully done, including in Staffordshire and Stafford. I would like to see the number increased in accordance with the ability of local communities to receive them.

4) It depends what sort of guarantees on human rights would be required. In my opinion, much more important is the legislation which we already have (and were almost the first country to introduced) on modern-day slavery. That requires that companies and others have a duty to ensure that products or services which they purchase do not have any connection with modern-day slavery and similar human rights abuses. The onus is on the company. As someone who has previously been involved in buying and producing cocoa - a trade where there were serious concerns over child labour - I know that it is quite possible to introduce systems, even in remote areas, which give you the greatest possible assurance that abuse is not taking place.

So my approach would be  concentrate on a) ensuring that our own companies -whether they export to or import from a country - cannot and must not deal in products or services which involve human rights abuses; b) work internationally with partners to persuade all countries not just to adopt higher standards on human rights (many have already signed several conventions) but actually to implement them (some do not).

5) I do not see that Brexit will change our approach to the Middle East. We will continue to wish to see just and peaceful settlements to all the conflicts and will try to play whatever constructive role we can. Outside the EU, that role may be less influential, although it does not have to be. Norway is outside the EU but the Oslo Process was the closest reached to a lasting peace between Israel and Palestine.

6) I support the UK's continued involvement in military action against ISIS in Syria and Iraq.

7) The UK's arms export control regime is one of the strictest in the world. All exports to Saudi Arabia have to comply with this and I know that Government keeps it constantly under review. I wish to see an independent inquiry into actions taken by the Saudi-led coalition in Yemen which have resulted in civilian casualties. At the same time, I wish to see the UK, the US and the EU do all they can to bring about another ceasefire which can - hopefully - in the end lead to a compromise deal, if not a permanent settlement.

8) Hate crime against all people of whatever religion (or no religion), gender, sexuality or disability is absolutely wrong and needs to be taken very seriously. Hate crime is the first manifestation of a trend which can lead to terrible consequences. I lived in East Africa at the time of the Rwandan genocide in 1994 and saw the dreadful consequences of long-lasting hate speech and crimes. People were called 'cockroaches' simply because of their background - and this gave people (many of them who had been ordinary law-abiding citizens) license to kill them with impunity.