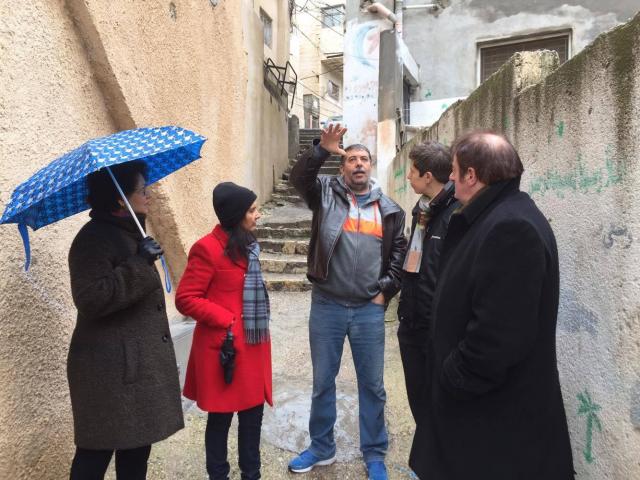 In February 2017, SNP MPs Tommy Sheppard and Margaret Ferrier and Liberal Democrat Shadow International Development Secretary, Baroness Sheehan were part of a Caabu and Medical Aid for Palestinians delegation to the West Bank. A full report of the visit can be found here.

Tommy Sheppard wrote about his visit in a blog post: The Facts on the Ground. In March 2017, Sheppard introduced a motion at the SNP Conference, which was carried, calling for an “immediate and total freeze” in Israeli settlement building.

In March 2017, Margaret Ferrier asked on three ocasions about Israel's travel ban on those who call for boycotts of Israel and/or illegal Israeli settlements, including to the Foreign Secretary Boris Johnson. Ferrier asked about this on 9 March, 16 March, and 28 March.

In the House of Lords on 28 March, Baroness Sheehan asked about access to healthcare and "the impact of back to back transfers between ambulances at checkpoints on the health of Palestinians seeking to access emergency care in East Jerusalem hospitals." 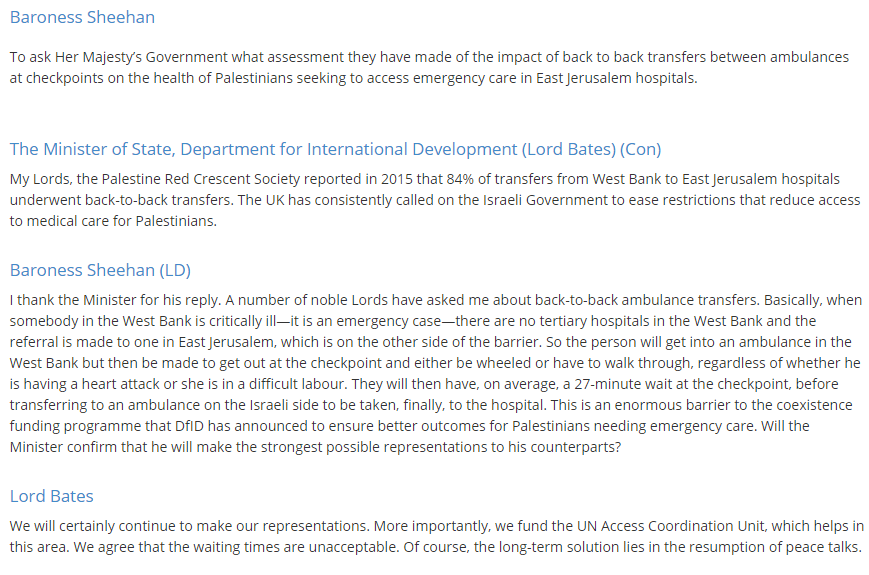 In October 2017, Baroness Sheehan put down two written questions about the Bedouin community of Khan al-Ahmar, under threat of demolition by Israel. One was put down to the Foreign Office and the other to DfID.

On 7 November 2017, Tommy Sheppard wrote to the Prime Minister Theresa May about Susiya being under threat of demolition by Israel, calling for UK pressure to halt the demolition to be maintained. See also Caabu's statement: UK pressure to save Susiya from Israeli plans of demolition and forced transfer must intensify.