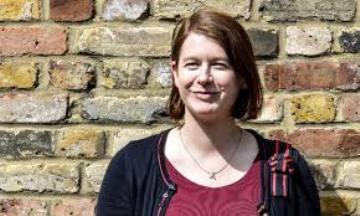 Personally, I remain unconvinced about the power of boycotts over governments, and I believe they can have unintended consequences for individuals. I think in this situation it would be likely that operations would simply move from settlements into Israel, providing no incentive to the Israeli government to change it’s its policy.

One thing we could do is stop supplying arms to Israel until it complies with international law. Sanctions and boycotts can have unintended consequences on the people of Israel, whereas a clear signal to Israel that it’s its military operations have created an untenable humanitarian situation (through ending our supply of arms) is something that I support. I agree with action such as this due to its direct impact on the Government, and I believe this is the best way to create a change in Government policy.

2) What do you think is the best way to address the current crisis in Gaza?

The blockade of Gaza is illegal and has created an unacceptable humanitarian situation - it should be lifted immediately. It is understandable that the actions of Hamas have led Israel to be concerned about the security of it’s its people. As members of the international community we need to work with Israel to support it in addressing these concerns in a way which does not restrict and undermine the human rights of Palestinian people living in Gaza.

3) Do you think that the UK's response to the refugee crisis has been satisfactory? If not, what more should the UK be doing?

It has been nowhere near satisfactory. That we have taken so few refugees and been so degrading to people that have come here (discussing subjecting child refugees to dental examinations) is not something for the UK to be proud of. We should be creating safe routes out of areas like Syria for refugees, and working with the international community to give people safe passage to countries that have agreed to re-home refugees. I feel we should re-instate our commitment to the Dubs Amendment and all tiers of government should be made to work together to ensure child refugees are given homes. They're currently blaming each other for the lack of progress and in such a dire situation that isn't acceptable.

Yes they should. Trade is a powerful tool in changing countries' approaches to matters such as human rights, and has been used successfully in the past.

5) Do you think that the government should suspend arms exports to Saudi Arabia over its involvement in the bombing campaign of Yemen?

Yes I do. This involvement is a breach of humanitarian law and until the we have independently verified evidence that Saudi Arabia has not been involved, then arms exports and any new arms deals should be suspended.

6) What would you propose to address increasing levels of hate crime in Britain?

I think a lot depends on education and work in the community. In both, we should be making sure that people understand different races, cultures and religions, rather than just buying into the stereotypes people see in the media. After the referendum, I was involved in a local community project that set up Community Feasts in Tower Hamlets, as an attempt to bring our diverse communities together. I'd like to see support from national and local government for groups such as this.

There needs to be better enforcement when these crimes are committed, and the police need to investigate them properly. I'd like to see more funding and resource go to this type of policing to address the rising numbers.

Thank you for taking the time to write to me with questions like these. If I am fortunate enough to be chosen to represent the people of Poplar and Limehouse, I hope to make the community proud with my work to build a more harmonious society, here and abroad.