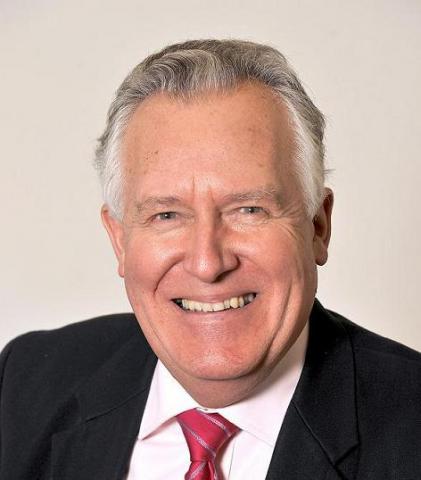 Peter Gerald Hain (born 16 February 1950) is a British Labour Party politician, who has been a Member of the House of Lords since October 2015. Hain was previously the Member of Parliament (MP) for Neath between 1991 and 2015, and served in the Cabinets of both Tony Blair and Gordon Brown. He was the Leader of the House of Commons from 2003 to 2005 and Secretary of State for Northern Ireland from 2005 to 2007 under Blair, and as Secretary of State for Work and Pensions and Secretary of State for Wales from 2007 to 2008 under Brown. In 2007, he ran for the Deputy Leadership of the Labour Party, coming fifth out of six candidates, although his failure to declare donations during this contest led to his resignation in 2008. He later returned to the Cabinet from 2009 to 2010 as Welsh Secretary, before becoming Shadow Welsh Secretary in Ed Milliband's Shadow Cabinet from 2010 until 2012, when he announced his retirement from front-line politics. In 2014 he announced he would stand down as the MP for Neath at the 2015 general election.

He came to the UK from South Africa as a teenager, and was a noted anti-apartheid campaigner in the 1970s. He graduated in Economics andPolitical Sciencewith a first class Bachelor degree at Queen Mary College, University of London, in 1973, and he obtained an MPhil at the University of Sussex. He was also Honorary Vice-President of the Campaign for Homosexual Equality.