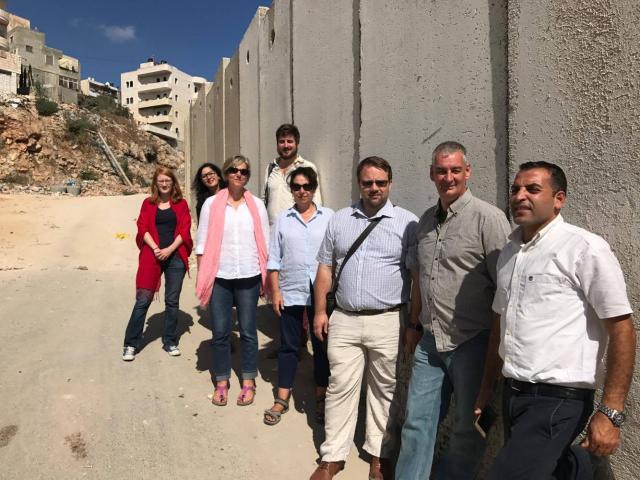 In September 2017, Labour MPs Julie Elliott, Chris Elmore, Lilian Greenwood, Graham Jones and Holly Lynch were part of a Caabu and Medical Aid for Palestinians delegation to the West Bank. A full report of the visit can be found here.

On 17 October 2017, Julie Elliott asked a question in Foreign Affairs Questions in Parliament about demolitions. settlement expansion and land appropriation in the West Bank. She highlighted the impending demolitions of Khan al-Ahmar and Susiya, two communities which were visited on the delegation

Julie Elliott also put down four written questions (one, two, three, four) on 19 October 2017 about Israel's demolition of Palestinian structures in Area C, about what UK funded structures had been demolished and what discussions had been had with Israeli counterparts about compensation for these demolitions. In response, the UK Government said that they were "keeping the case for compensation under review". All five members of the delegation were signatories to a letter to Boris Johnson which calls on the UK Government to demand compensation for UK funded Palestinian structures in Area C which have been demolished by Israel. 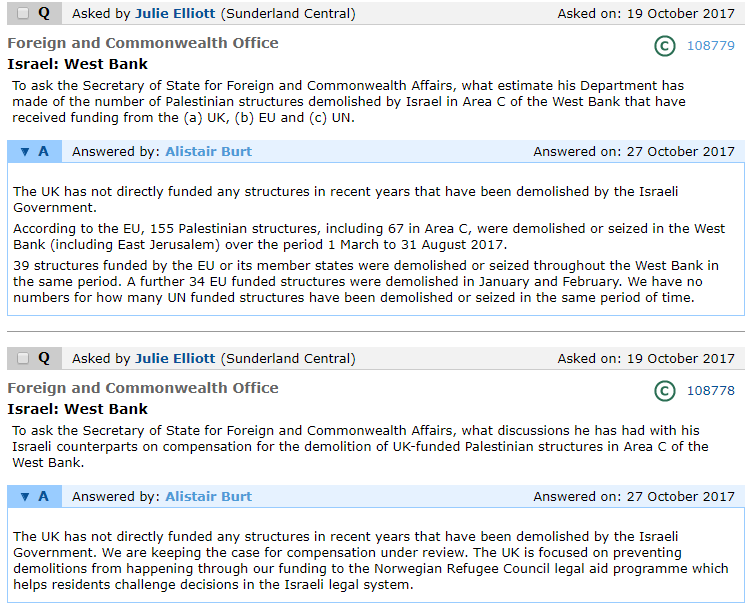 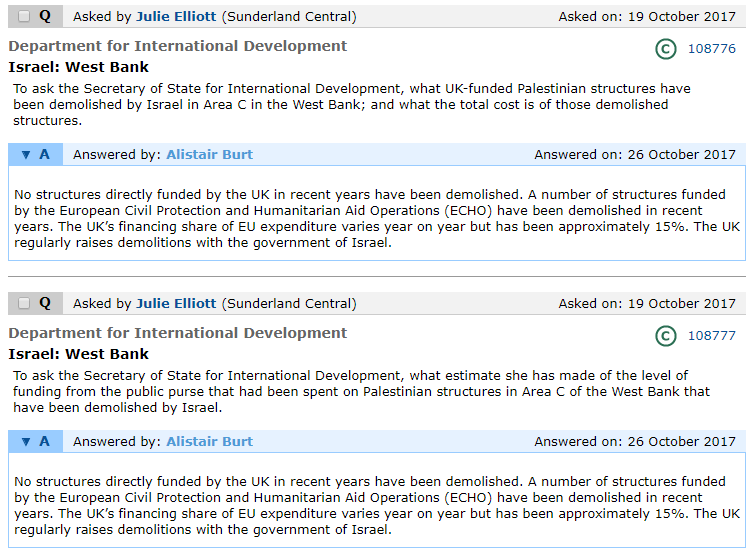