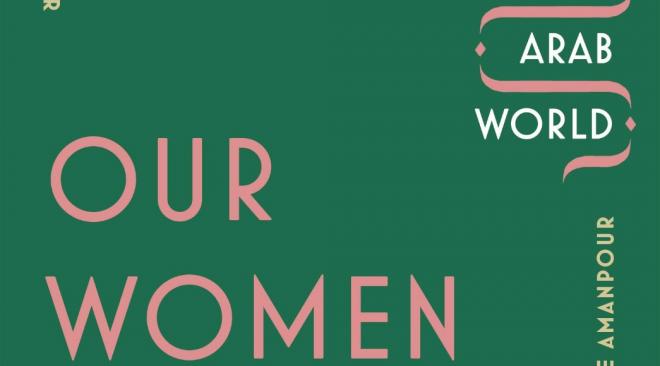 A new edition of the book will be published by Vintage in August 2020.

Please register below AHEAD of time to join this online briefing. This makes it much more helpful to us: https://zoom.us/meeting/register/tJ0kcuCtqDIjG9GPjv6SuOugm5R4adfLyBC1

Nineteen Arab women journalists speak out about what it's like to report on their changing homelands in this first-of-its-kind essay collection, with a foreword by CNN chief international correspondent Christiane Amanpour. A growing number of intrepid Arab and Middle Eastern sahafiyat-female journalists-are working tirelessly to shape nuanced narratives about their changing homelands, often risking their lives on the front lines of war. From sexual harassment on the streets of Cairo to the difficulty of traveling without a male relative in Yemen, their challenges are unique-as are their advantages, such as being able to speak candidly with other women at a Syrian medical clinic or with men on WhatsApp who will go on to become ISIS fighters, rebels, or pro-regime soldiers.

In Our Women on the Ground, nineteen of these women tell us, in their own words, about what it's like to report on conflicts that (quite literally) hit close to home. Their daring and heartfelt stories, told here for the first time, provide an urgently needed perspective on a part of the world that is frequently misunderstood. INCLUDING ESSAYS BY: Donna Abu-Nasr, Aida Alami, Hannah Allam, Jane Arraf, Lina Attalah, Nada Bakri, Shamael Elnoor, Zaina Erhaim, Asmaa al-Ghoul, Hind Hassan, Eman Helal, Zeina Karam, Roula Khalaf, Nour Malas, Hwaida Saad, Amira Al-Sharif, Heba Shibani, Lina Sinjab, and Natacha Yazbeck.

Jane Arraf is an award-winning international correspondent with National Public Radio, based in Cairo and covering Iraq and other countries for the US broadcaster since 2016. She previously held posts at CNN, Al Jazeera English, the Christian Science Monitor, and Reuters, as well as assignments for NBC News and PBS NewsHour. While her work has taken her all over the region and indeed beyond, she has reported extensively on Iraq for more than two decades. She was CNN's first permanent Baghdad bureau chief starting in 1998 and senior Iraq correspondent from 2003 to 2006. Her coverage has included the Iraq War in 2003, the battles for Fallujah, Najaf, and Samarra, the rise of ISIS, and the country's humanitarian situation. Arraf is a former Edward R. Murrow Press Fellow and a Peabody Award winner. She studied journalism at Carleton University in Ottawa.

Eman Helal is an Egyptian freelance photographer. Her work has been featured in various local and international media outlets, including the Associated Press, the New York Times, CNN, Polka magazine, and Stern magazine. Helal was a Human Rights Fellow at the Magnum Foundation, an international photographic cooperative, in 2013 and 2016. In 2014, she won first prize at Egypt's Press Photo Awards. The following year, she participated in the twenty-second edition of the Joop Swart Masterclass. And in 2016, she received the Portenier Human Rights Bursary for her work on sexual harassment and human rights issues. Helal is currently based in Germany.

Zahra Hankir is a Lebanese British journalist who writes about the intersection of politics, culture and society in the Middle East. Her writing and journalism have appeared in the Los Angeles Times, BBC News, Bloomberg News, Vice and Al Jazeera English, and in Roads & Kingdoms and Literary Hub, among other media outlets. She was awarded a Jack R. Howard Fellowship in International Journalism to attend the Columbia Journalism School and holds degrees in Politics and Middle Eastern studies from the American University of Beirut and the University of Manchester.