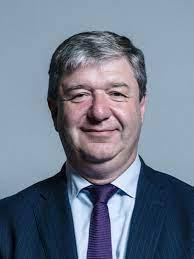 Alistair has been the MP for Orkney and Shetland since 2001 and is the Liberal Democrat Party's Spokesperson for Home Affairs, Political and Constitutional Reform, and Northern Ireland. He has previously served as Secretary of State for Scotland. Born in Islay, Scotland, he graduated from the University of Aberdeen and, before becoming an MP, he worked as a solicitor. His particular political interests include agriculture, the fishing industry, energy and criminal justice and he has a particular interest in Palestine. He is also well-known for his work on human rights and has been an active campaigner for the worldwide abolition of the death penalty. Alistair previously served as Chair of the All Party Parliamentary British-Qatar Group.

Alistair was part of a Caabu delegation to Palestine in September 2017.