The Time is Right to Recognise Palestine: Caabu Chair David Jones MP & board member Alistair Carmichael MP among signatories to a letter to the Times

Caabu's Chair David Jones MP, board member Alistair Carmichael MP and Director Chris Doyle are among signatories to a letter to the Times: The Time is Right to Recognise Palestine.

THE TIME IS RIGHT TO RECOGNISE PALESTINE

Sir, Today Britain attends her last EU foreign affairs council. On the agenda is the Middle East peace process, which must address recognition of the state of Palestine, alongside Israel. The UK retains historical responsibilities regarding the Israeli-Palestinian conflict, seen also in this week’s unprecedented visit to both Israel and the Palestinian territories by the Prince of Wales. In 2011 the foreign secretary, William Hague, reserved the right to recognise the state of Palestine “at a time of our choosing, when it can best serve the cause of peace”. That time is now.

Since 2014 no progress has been made on meaningful peace negotiations. Israel’s actions are pushing a two-state solution beyond reach. Israel’s prime minister and opposition leader have vowed to annex the occupied Jordan Valley. Illegal Israeli settlements, described by the Foreign Office as undermining peace efforts, are expanding. British recognition of Palestine is overdue. Such an act would help fulfil her promise of equal rights for peoples in two states. Britain has an important role on the international stage. Where she leads, others will follow. 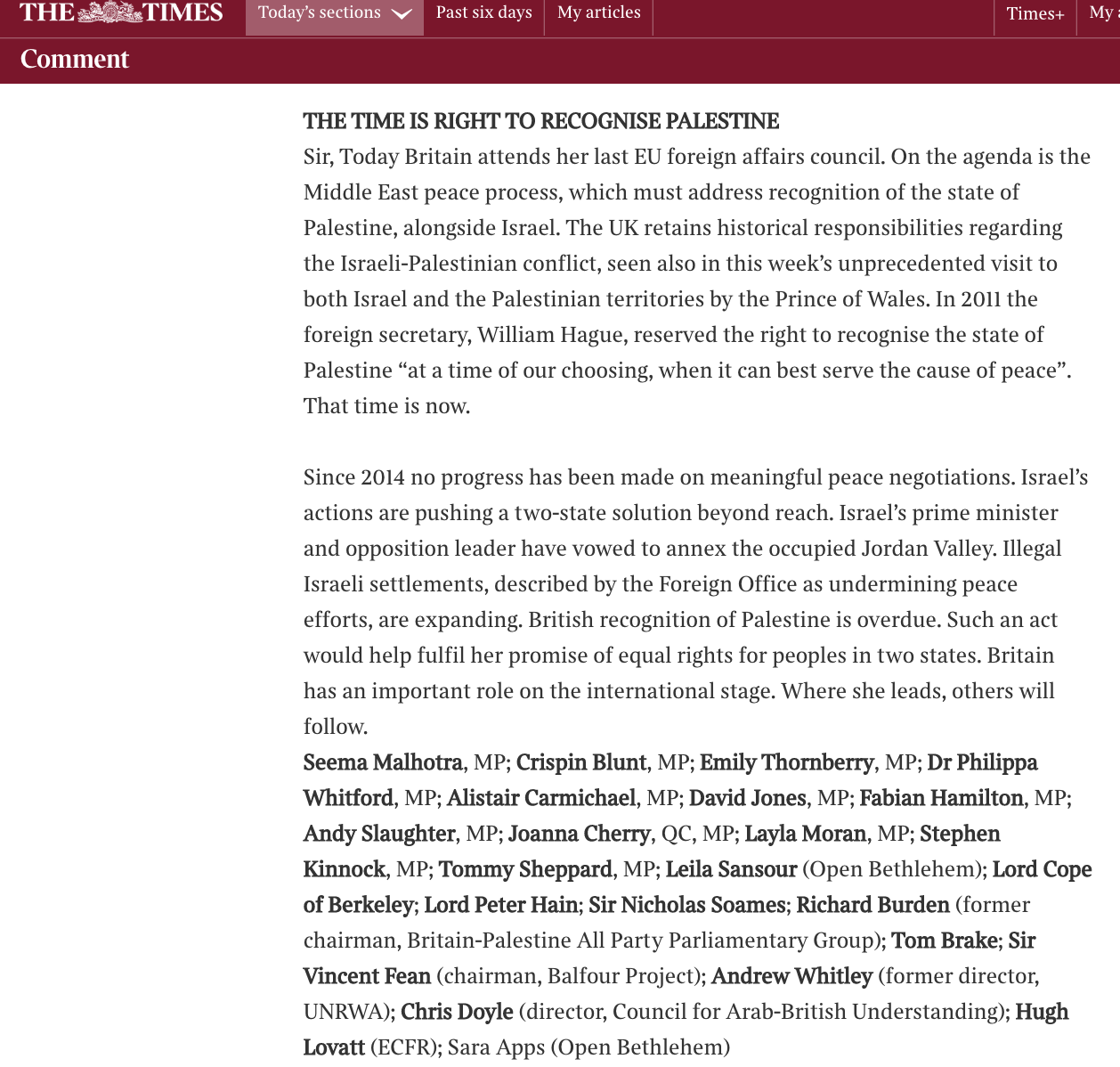