On 4 July 2017, Caabu hosted a briefing with Daniel Seidemann, founder of Terrestrial Jerusalem and an Israeli attorney, on “Jerusalem, 50 Years On: Unification or Occupation?” 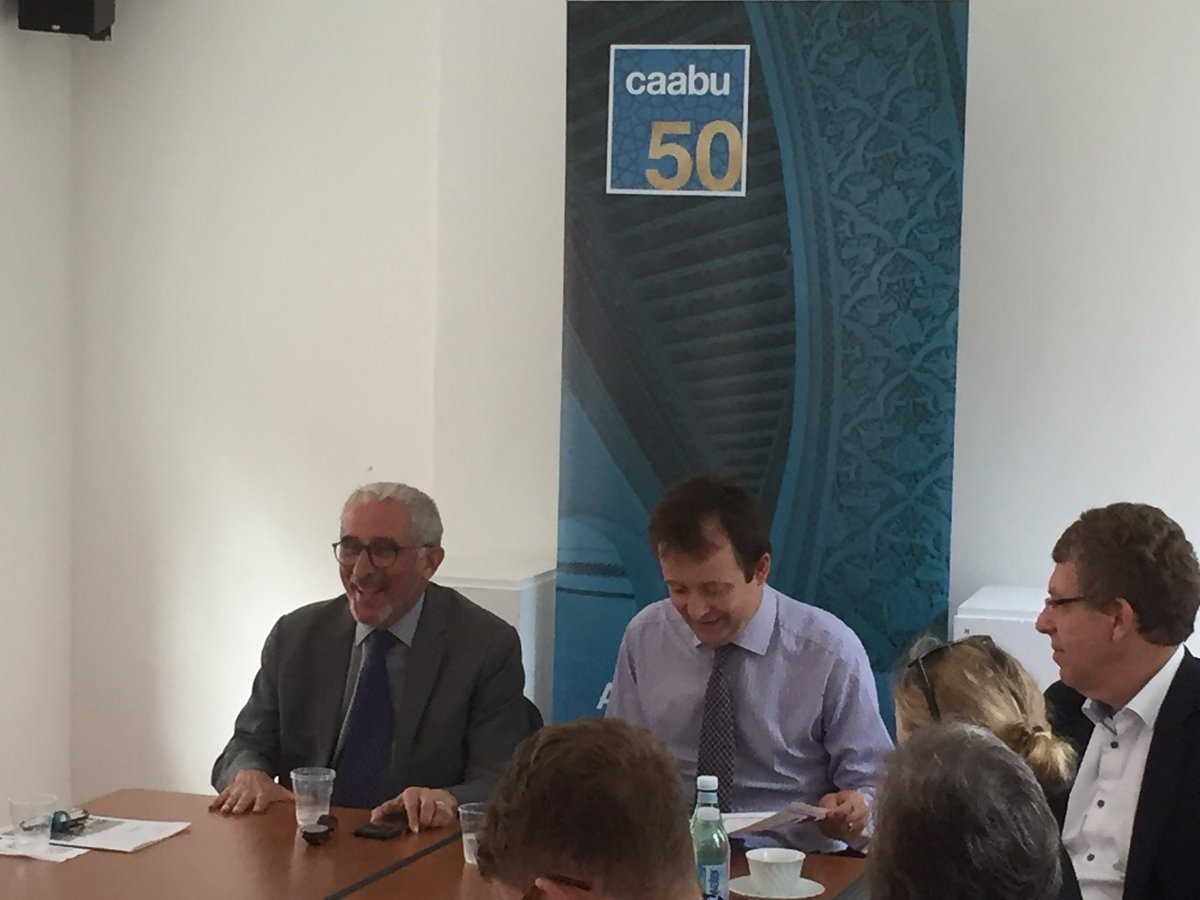 Seidemann highlighted the “deafening” dissonance between Israel and the rest of the world; while Israel celebrates the unification of Jerusalem, the rest of the world is marking 50 years of occupation. During the 1967 war, Seidemann explained that there was a discussion over whether or not to take the Old City; there was a reluctance to do so. However, only a day later – once it had been taken - a triumphant declaration was made that the Jews had returned to Jerusalem, never to leave again.

Seidemann asked and answered three questions in his talk: Is Jerusalem an Israeli city? Is Jerusalem the capital of Israel? Is Jerusalem divided? To the first, he pointed out that Jerusalem is the largest city in Israel, with 542,000 Israeli residents. However, there are 157,000 Palestinians within this figure. Not only is Jerusalem now a binational city, explained Seidemann, but it has long been a binational city; in 1967, around 25% of the population was Palestinian. Crucially though, Seidemann highlighted that Jerusalem does not host these two national collectives as equals; one of these groups is politically empowered, while the other is not.

A patriotic Israeli, Seidemann described Jerusalem as his capital. However, he pointed out that not a single foreign embassy exists there. He explained that there are those with “aspirations of a messianic fetishism” that anticipate Jerusalem being the capital of Israel. However, Seidemann said that these are only the Israeli ideologues; he did not believe it would ever happen, because no American president would ever move its embassy there - it is an immediate way to disqualify oneself as a deal breaker. Even Donald Trump has not made this move.  Israel has a choice, stated Seidemann: either it can have its united Jerusalem, or it can have international legitimacy. It cannot have both

In terms of the unity of the city; for Seidemann, Jerusalem was undoubtedly a divided city; more divided, in fact, than at any point since the 1967 war. It is not the presence of any barrier which divides the city; rather it is Route 1, the light railway. This is not a wall or a physical barrier at all, but it divides East and West Jerusalem; Seidemann described it as the “glass wall” - as strong a divide as any, in practice. He talked of West Jerusalem as an area to which Palestinians go only when they have to, and where there are systematic attacks on Palestinians which go ignored by police. In the same way, Seidemann himself stated that he would now no longer visit 90% of East Jerusalem for fear of attack – having already once been hit by a rock. Seidemann suggested that the uprising over the last three years has been underreported, as Palestinian neighbourhoods are aflame on a nightly basis and 10% of Palestinian boys aged 12-18 in East Jerusalem have been detained during this period.

Although stating that it took him 13 years to use the word ‘occupation’, Seidemann said that now he can hardly get through a day without it. In discussions with the White House, he has told his audience that they would not be able to understand Jerusalem without using the term. For Seidemann, while it used to be a “benign” occupation that existed, he described it now as an “unapologetic” and “metastasizing” occupation which exercises constant collective punishment. When an attacker is detained, their family is targeted and their home demolished; when kids clash with police, the next day every car in the neighbourhood will have a traffic ticket. Every Palestinian child wants to know why the families of Israeli attackers are left in peace. Seidemann stated that it is clear to Palestinians that their lives matter very little - sometimes, not at all.

Seidemann believed that occupation ends only with a border, but stated that Netanyahu has persistently pursued policies which make any border with a viable Palestinian state impossible; and, to him, the far-right in Israel is increasingly becoming a nationalist alt-right. Seidemann described Netanyahu as not someone who can be incentivised to do something good; rather, he can only be deterred from doing bad things. So, with uncertainty in Washington, Seidemann saw this as Europe’s moment; he was hopeful about stability emerging from the Macron-Merkel axis – an axis that he hoped would also include the UK Prime Minister in the near future. He was complimentary of the work the UK has done in the past, praising the FCO for working “above its pay grade”, but feared it was retreating into bilateralism, with a narrow focus on trade.

Having depicted a lot of the daily suffering of Palestinians, Seidemann also outlined the psychological suffering on the part of Israelis, who were in “clinical denial” over the occupation. He explained that those in Tel Aviv are removed from the situation and see any attack in their city as almost an insult; attacks are something which they think are – and should be – confined to Jerusalem and they see the occupation as an issue for the settlers, but nothing to do with them. However, Seidemann described this lack of acceptance of any responsibility as akin to the lying involved if someone who has cancer is told that they do not. The problem, as Seidemann explained, is that when someone has cancer, they “will die if you don’t treat it.”