UK Parliamentarians who have been on delegations with Caabu, including to Palestinian medical facilities, have written to the Foreign Secretary Jeremy Hunt about the plight of women with cancer in Gaza being refused permits by Israel to leave tor receive life saving treatment.

Following our visits to Israel and the Occupied Palestinian Territories (OPT), including Palestinian medical institutions, the urgent plight of patients from Gaza who are unable to receive permits from the Israeli authorities to travel to access potentially life-saving treatment - particularly women - has come to our attention.

Women in Gaza who have cancer are facing new difficulties in securing life-saving treatment as a result of a sharp rise in permit rejections or excessive delays by Israel. As cancer therapies are largely unavailable in the Strip and diagnostic techniques are inadequate, patients need to leave Gaza to receive treatment.

Yet in the past 12 months, Physicians for Human Rights Israel (PHRI)- an Israeli NGO that helps patients with permit requests - has received requests from 50 women whose permits were denied by the Israeli authorities. This is part of a general increase in Israel’s rejection of medical patients in the context of its collective punishment of the people of Gaza (according to the UN and the ICRC), with only roughly 50% of medical patients approved in 2018 thus far compared to 92% in 2012.

In 2017 alone, as evidenced by the World Health Organisation and supported in a joint press release from PHRI, Amnesty International, Human Rights Watch, Al Mezan Center for Human Rights and Medical Aid for Palestinians, at least 46 people with cancer died in Gaza after their permits for treatment outside Gaza were denied or delayed by Israel.

Although there has been some success in overturning these rejections, there continue to be new patients facing new refusals, with life threatening consequences.

These restrictions are in contravention of the right to health, as in the International Covenant on Economic, Social and Cultural Rights (art.12) and the 2018 Concluding Observations of the Committee on the Elimination of Discrimination against Women and Israel’s obligations as the occupying power. The UN Special Rapporteur on human rights in the OPT concluded this year that Israel is in “profound breach of its responsibility with respect to the right to health in the OPT”.

We hope that this issue will be raised as a matter of urgency in bilateral conversations with our Israeli counterparts, as well as via the European Union. 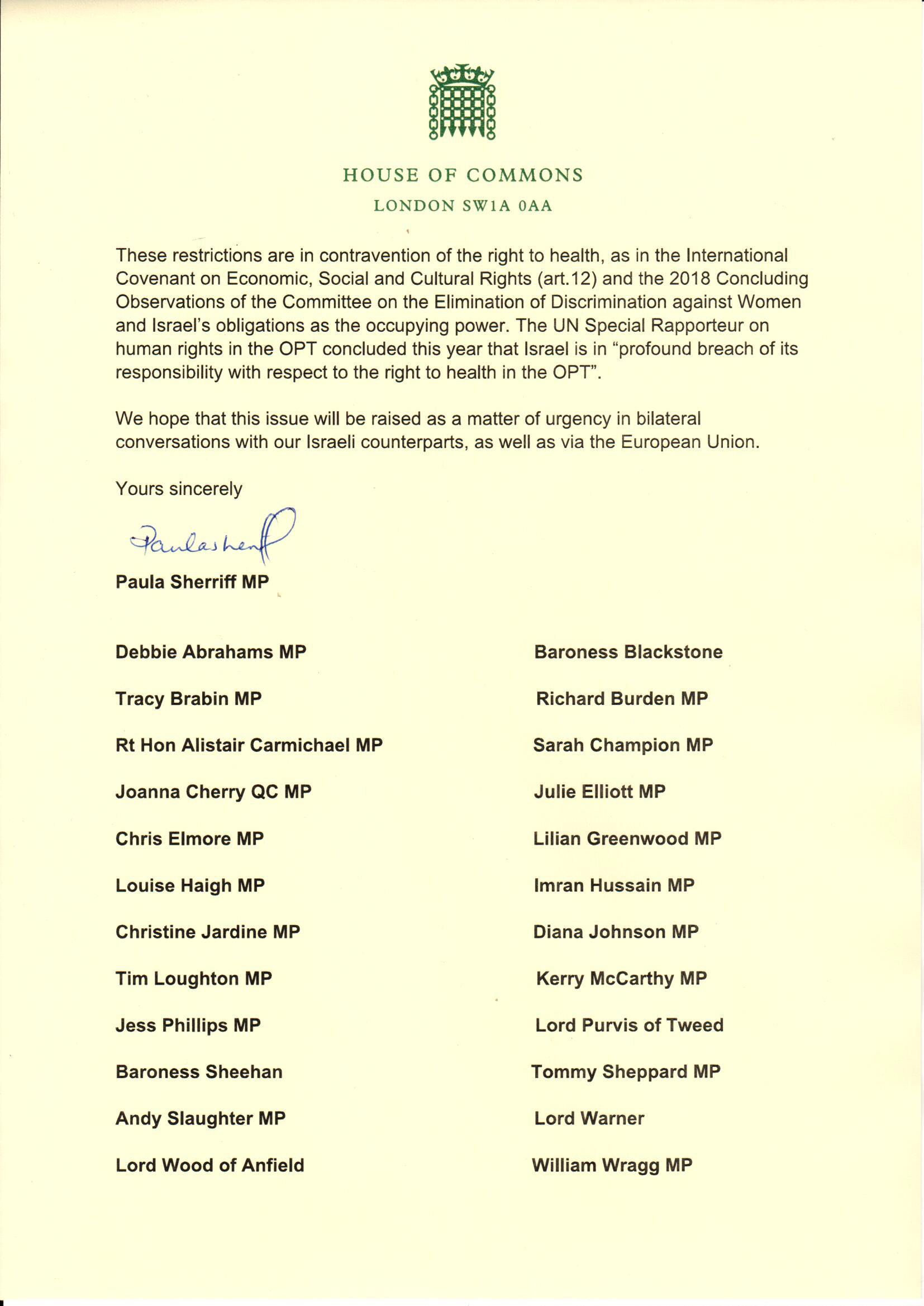