The delegation met with Palestinian and Israeli politicians and officials, including Palestinian Prime Minister Dr Rami Hamdallah, and members of the Israeli Knesset (Parliament). Over the course of the delegation, the Parliamentarians had meetings with Catherine Cook of UNOCHA in Jerusalem about the situation in the West Bank and Gaza, and the British Consul General in Jerusalem, Alistair McPhail. The delegation was also briefed by a variety of representatives from NGOs and charities – Palestinian, Israeli and international, including the BADIL Resource Center for Palestinian Residency and Refugee Rights, Gisha, Kenyon Institute, Norwegian Refugee Council (NRC), Oxfam, and Save the Children.

On a field visit with Medical Aid for Palestinians, to see the work of their mobile clinic to vulnerable communities in the Jordan Valley, the Parliamentarians were able to meet the community of Khan Al Ahmar, which faces numerous demolition orders and intimidation from settlers and Israeli soldiers alike. The community’s school and kindergarten both have demolition orders on them for security reasons. Swings which were erected in the playground of the school had also been confiscated. Next to Khan Al Ahmar is the illegal Israeli settlement of Kfar Adumim, home to Israel’s current Minister of Agriculture and Rural Development and former Minister of Construction, Uri Ariel. A sewage pipe to the settlement comes out of the ground right next to the school. 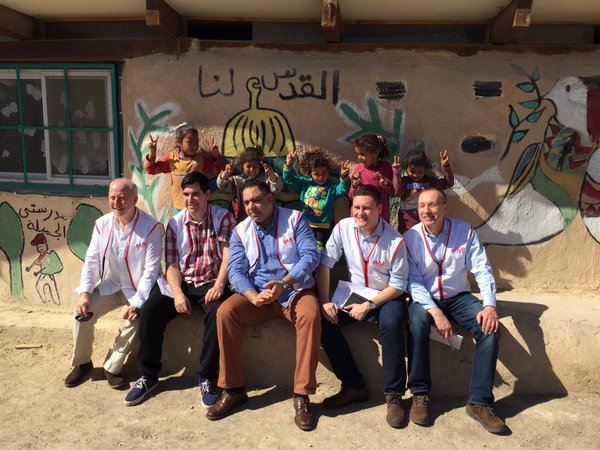 With Gerard Horton of Military Court Watch and Salwa Duabis from the Women’s Centre for Legal Aid Counselling, the delegation visited the Israeli military court at Ofer. There they had the chance to meet with families of minors who were facing trial that day and witness several trials of minors for stone throwing. You can read more about Caabu’s work on Palestinian detainees here.

The Parliamentarians also visited the South Hebron Hills with Israeli NGO Breaking the Silence. The South Hebron Hills is considered a major hotspot for settler violence against Palestinian communities there, including physical attacks and destruction of olive trees and crops, amongst other things. Breaking the Silence took the delegation to Jinba, one of two villages that in total had 22 homes demolished on 2 February 2016. 15 of these homes were in Jinba, and the demolitions also extended to other structures such as pens for livestock and toilets – one of which is believed to have been funded by the UK’s Department for International Development.  The villages are in an area designated by the Israeli military as ‘Firing zone 918’. If all demolitions in this area were carried out by the Israeli military, it would mean the expulsion of 1,500 Palestinians from their land. The village and other surrounding villages are under constant threat of more home demolitions, as is the village of Susiya, which the delegation also visited, where all the buildings have demolition orders place upon them. 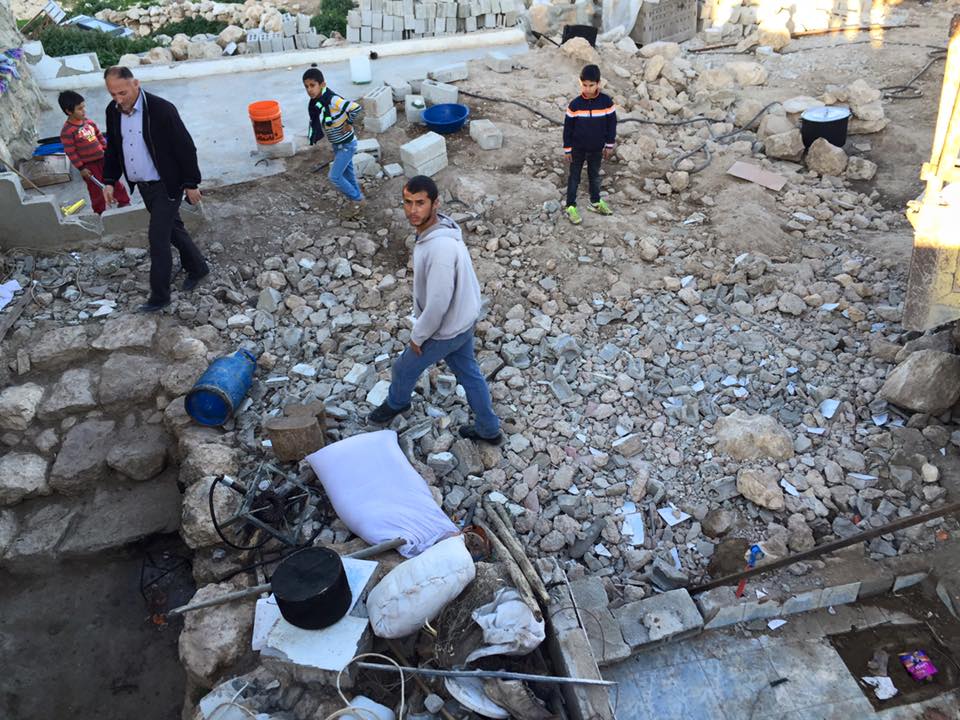 The delegation was also given the opportunity to spend the evening with the Bedouin community of Jabal al-Baba located in the E1 area, a community of 300 people, originally displaced from the Negev desert, who face expulsion and their homes being demolished. The part of the land that the families currently live on was gifted by King Hussein of Jordan to the Vatican in 1964. Jabal al Baba is surrounded by the huge illegal Israeli settlement of Ma’ale Adumin, home to over 37,000 settlers. The community is without direct access to water, electricity and medical services, and only one dirt road connects it to Bethany. On 16 February, 2016 – a day before the delegation visited the area, Israeli military forces entered the Jabal al-Baba community and handed out 11 new demolition orders to the community, and handed out “stop building orders” for the tents the Parliamentarians and the Bedouin community dined in. Currently, almost all of the homes in the community have pending demolition orders. A representative of the nearby community of Abu al-Nawaar joined the delegation for the evening. On 21 February 2016, the only school in the community was demolished by Israeli forces. The visit was reported by Ma’an News. You can watch their report here. 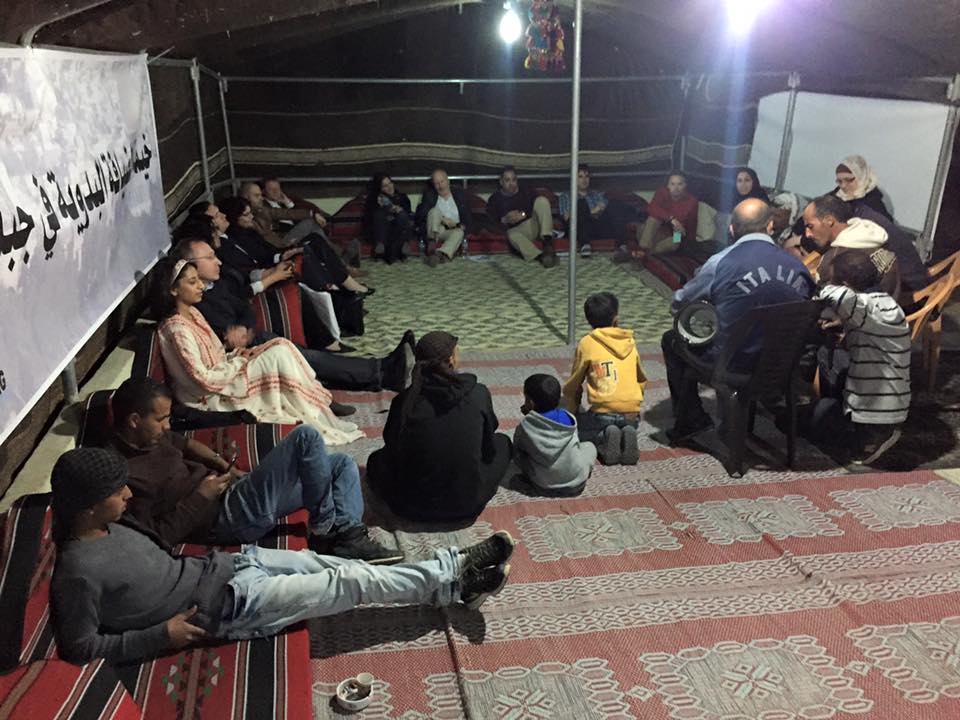 Palestinian NGO Al Haq gave the delegates a field trip to see the impact of settlements, the separation barrier and forced evictions on Palestinian communities. The delegates visited the Sabri-Ghrayeb family at Beit Ijza who are surrounded by the Givon Hahadasha settlement. The family face constant harassment from Israeli soldiers and settlers alike. Al Haq also took the Parliamentarians to Bir Nabala, and the old entrance of the town now deserted because of the Annexation Wall (it was once a vibrant industrial area). In constrast to Bir Nabala, they saw the industrial settlement of Atarot, the other side of the Wall. An Israeli branch of Coca Cola is based here. There was also a visit to the settlement of Pisgat Ze’ev, where the scale and impact of the separation barrier is most acute.

In the Old City of Jerusalem, the delegation also met Nora Gheith Sub-Laban and her family, who are surrounded by settlers and at risk of eviction, despite living there for over 60 years.

Our thanks go to all those individuals, organisations, communities and representatives that contributed to this delegation. 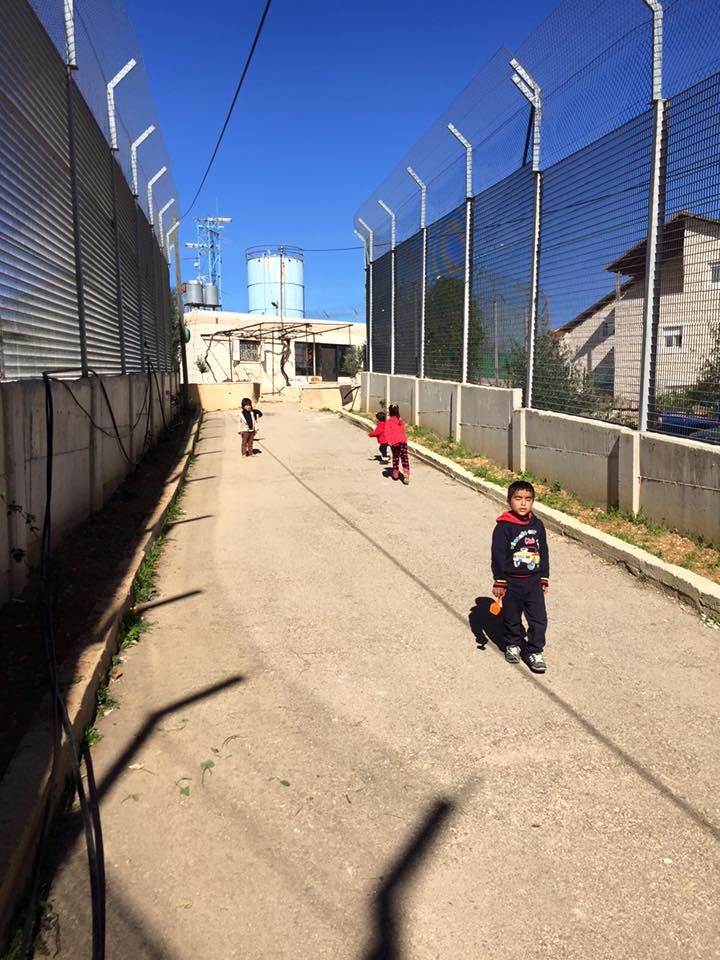