British Parliamentarians criticise UK abstention on Jerusalem at the UN

On 1 December the UK abstained on an annual UN General Assembly Resolution on Jerusalem. Hitherto the British position had always been in favour.  The following group of cross party politicians have signed this statement expressing their concern for what this means for UK's position on future of the city, its holy places and any future peace process.

British Parliamentarians criticise UK abstention on Jerusalem at the UN

For the first time ever the UK has abstained at the UNGA on the Jerusalem resolution. This is passed annually and has hitherto always had British backing.

The resolution was very much in line with international law and previous resolutions including UN Security Council Resolutions 622 and 1322.  The resolution refers specifically to a city that is important to “three monotheistic religions.” It uses language referring to the status quo at the Haram Al Sharif, language also used in earlier resolutions.

Statement from British Members of Parliament and Peers

“We are extremely concerned at the UK’s decision today to abstain from the UN General Assembly Resolution regarding Jerusalem. At a time when the Israeli government has been engaged in widespread settlement building in occupied East Jerusalem and is for the first time since 1967 on the cusp of carrying out mass forced evictions and forced dispossessions of Palestinians from entire areas in Sheikh Jarrah and Silwan, this sends out the wrong signals.

The UK should also be backing the full restoration of the status quo regarding the holy sites in Jerusalem sending a clear signal to Israeli extremist groups that existing prayer rights should not be altered. 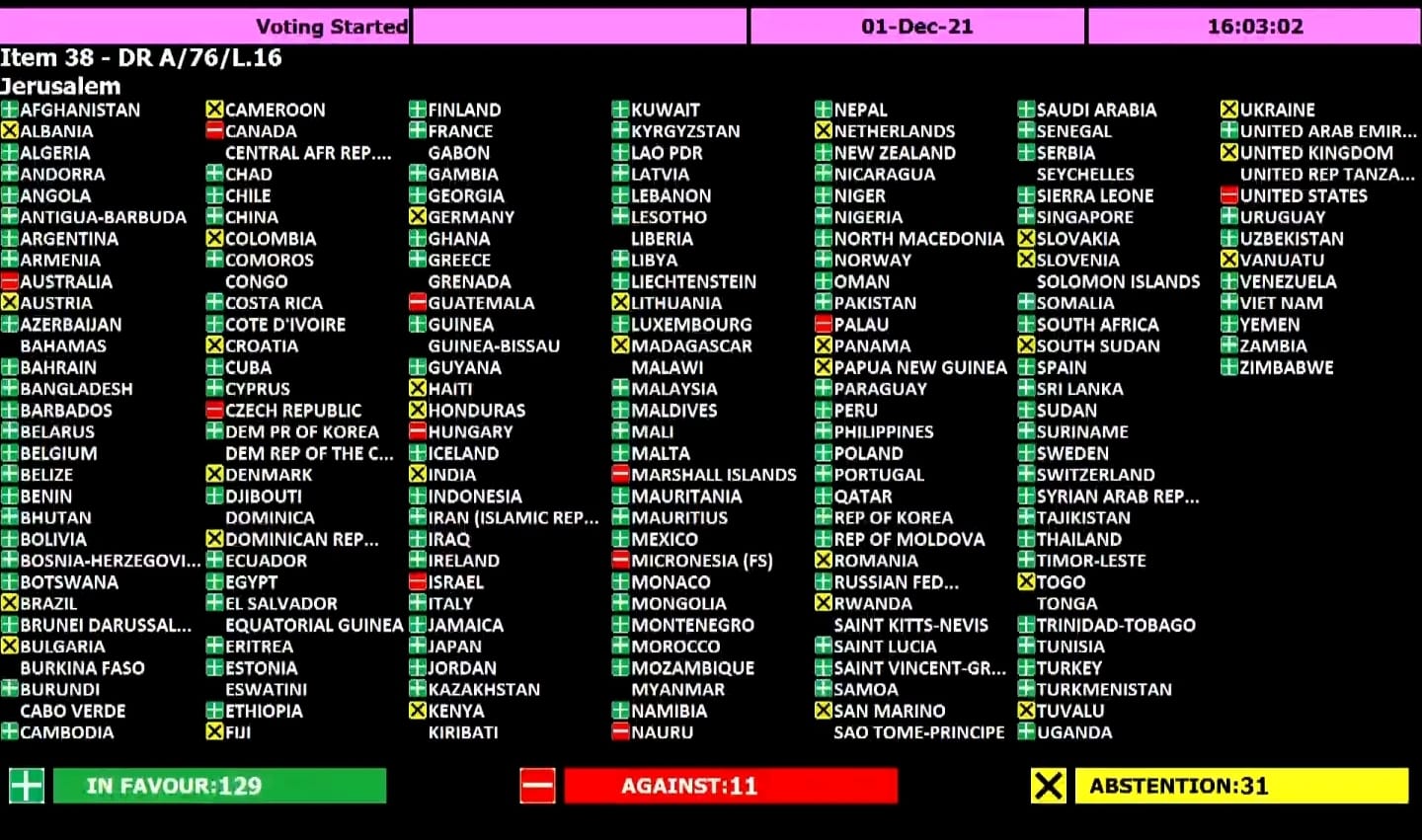