Syrian refugees in Lebanon this winter

Syrian refugees in Lebanon this winter

The conditions are incredibly tough.  Syrian refugees are not permitted to work in Lebanon and many have been there for over four years.  This is no longer an emergency issue but a long term crisis.

I visited communities in the Beka’a valley this January, crossing over snow covered mountains to reach these communities living in tented encampments with minimal services and protection.   In the summer the Beka’a is like a furnace for them, in winter like a freezer.  Many of the encampments stink of sewage, a smell that is ten times worse in the heat of the summer and a magnet for flies and mosquitoes.  Most of the rooms feel damp and humid.  One father has significant health problems as a result - he is not the only one.  They have to pay for their medication although for operations at Shtoura hospital, the UN covers 75% of the costs.

This may be beyond the means of most refugee families.  A woman from Homs had to deliver on the street because she could not pay at Beka’a hospital.  The UN gives them food vouchers and $27 a month per child.  Other NGOs such as Human Appeal who took me to two of the encampments help distribute food and clothes to the most needy.

But despite all of this, all the refugees were friendly, hospitable and warm-hearted.  In tent after tent no refugee complained, none were bitter but were trying to make the best out of incredibly tough conditions. 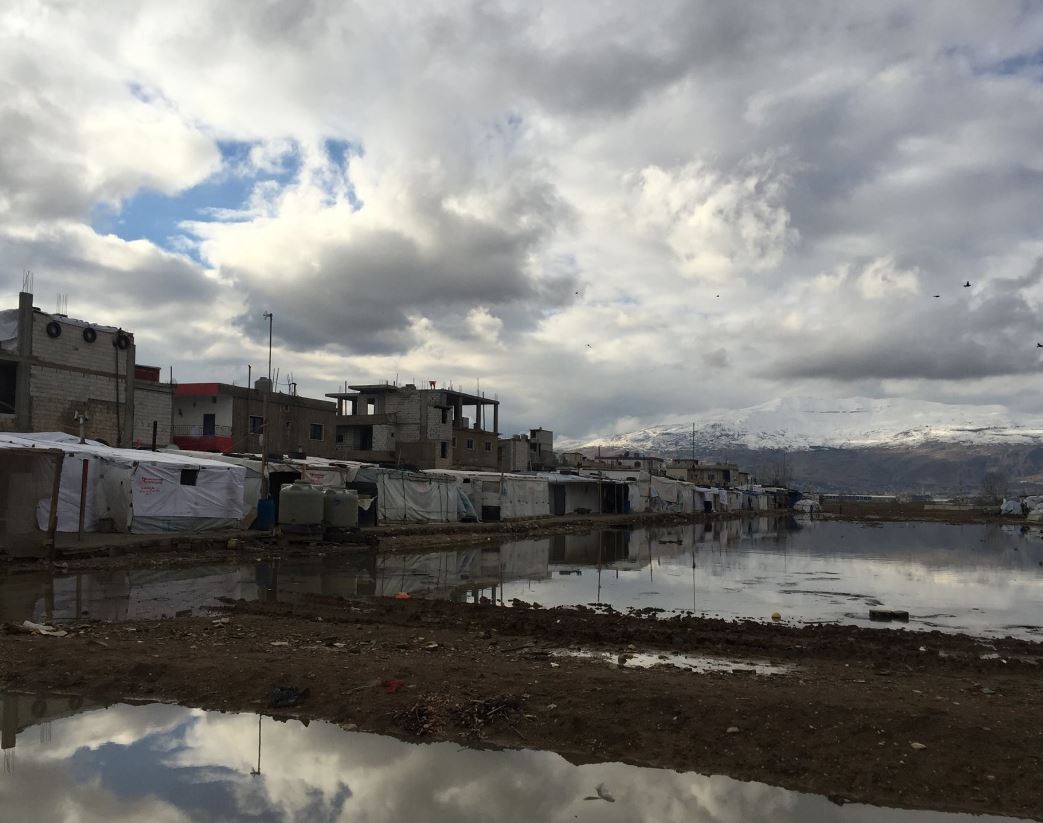 Getting their children an education was the top priority many told me.  Even if school places were available frequently they could not afford the transport costs.  Hence they would have to make the tough choice of which of their children get the chance to learn and those who do not.

Fatima is a teacher from Homs.  She started a wonderful nursery in one encampment.  We participate in a New Year’s party for the children.  Most seem happy, though some withdrawn.  The harsh reality is that in one way or another all the kids are traumatised and lest we forget, the parents too.  Many mothers are widows.   Many children are orphans.  One child had two holes in his heart.  The kids are also affected by the war.  I ask five-year-old Yousef what he most wants.  He’d love a toy gun.

By chance I see a Syrian refugee whom I met two years ago called Walid. We greet each other warmly.  He is originally from Quneitra in the Golan from where he was displaced.  “I have been forced to live in a tent all my life.”   Sadly it seems, millions of Syrians are thinking that this might be their future too.  Few say they want to go back to their country now.  “Syria is destroyed.  It is no more.  The whole world is destroying it”, an elderly Syrian tells me.  “What can we do?”

The question is perhaps – what can we on the outside do?