Football in Israel: A place of hope and despair

Football in Israel: A place of hope and despair

Abbas Suan epitomises the contradiction that is Israeli football, a place of hope and a place of despair. A Palestinian born in Sakhnin, Abbas became an Israeli national hero in 2005 rifling in a last minute equaliser for Israel in their world cup qualifier against Ireland. Abbas was hailed by numerous Israelis as "gibor yisrael," a biblical phrase meaning hero or saviour of Israel. Just a week later, playing for his club side Bnei Sakhnin against Beitar Jerusalem, he was greeted with a banner saying ‘Suan, you do not represent us’. Added to this, Beitar fans chanted ‘death to the Arabs’ and ‘Abas Suan is sick with cancer’. When fans were questioned about their chants they explained ‘we’re not just trying to get a reaction. We mean it.’

In recent weeks, football in Israel has come under intense media attention. This is primarily because Jibril Rajoub, the head of Palestinian Football Federation, proposed a motion to have Israel expelled from FIFA. The reasons behind his proposal relate to the lack of freedom of movement for Palestinian footballers, racism, and the fact that football teams from illegal Israeli settlements in the West Bank are competing in official Israeli leagues.  Rajoub eventually amended the motion, dropping the motion for Israel to be banned from Fifa but demanding a committee be created to monitor the issues mentioned.

The sociologist Tamir Sorek has written in depth about domestic football in Israel and Palestine, including a book entitled ‘Arab soccer in Israel’. He writes what makes football unique in Israel is that it is ‘almost the only public sphere in which Arab excellence is tolerated by the Jewish majority’. Many of the sides playing in the Israeli leagues include both Arabs and Jews. The football stadium is therefore one of a small number of places that fans from both groups come together, and the football pitch is one of the few places in Israeli public life where Arab and Jew are deemed equal. On the whole Palestinian players continue this narrative, emphasising their professionalism over their nationalism.  For example, Munas Dabbur, a Palestinian footballer who plays for Israel, speaks of it being “a great honour for me to represent Israel”, and despite his abuse Abbas Suan spoke of wanting to “bridge the gap between Jews and Arabs" and "send a good message to the Arab sector." 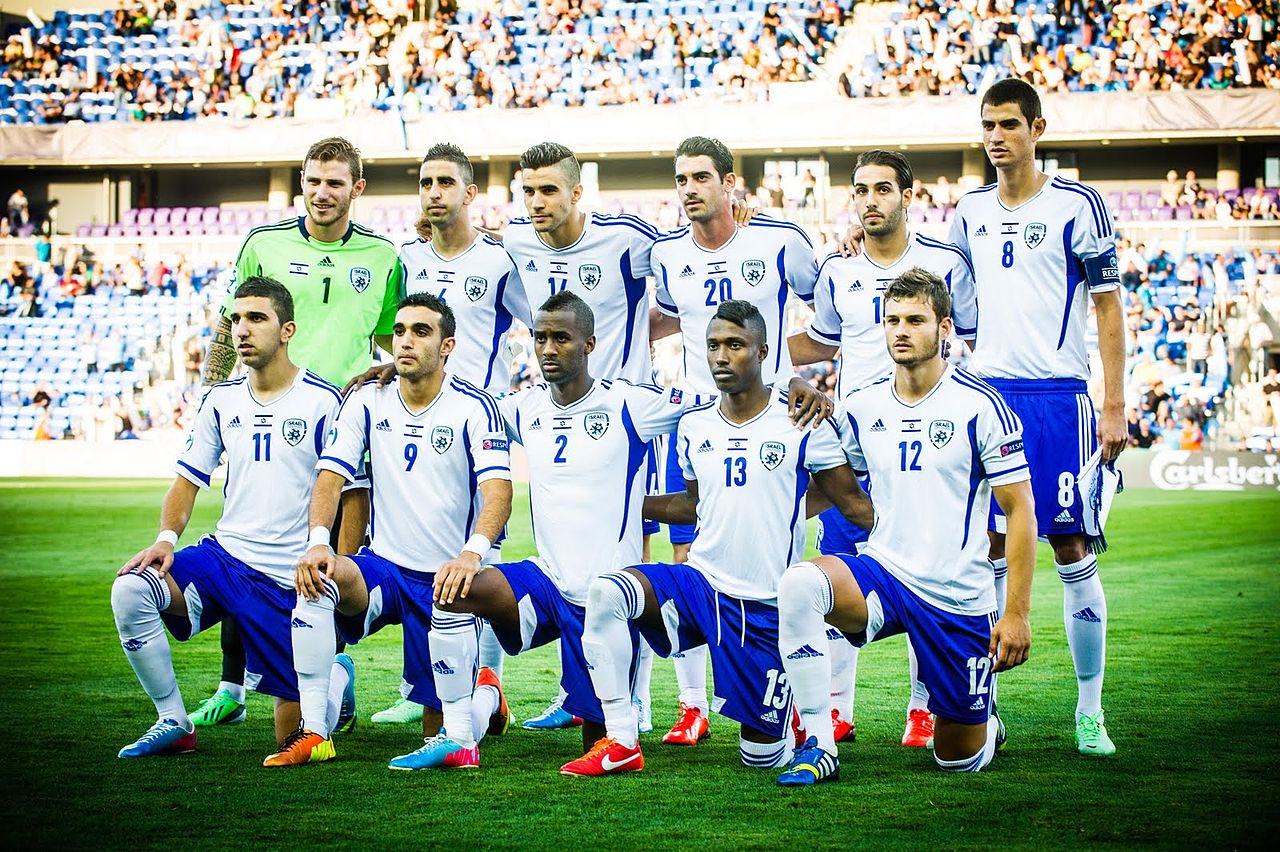 The Hebrew media have leapt upon this narrative using the integrative nature of football in order to portray Israel as a liberal democratic society. Much media attention was focused on the makeup of Israel’s under-21 team, with articles emphasising that ‘players are called to the squad solely on skill’. Abbas Suan’s club, Sakhnin, has also often been used as a flagship example of Israel’s success in integrating Israeli-Arabs. Sakhnin are managed by a Jewish Israeli manager, but the team itself, which plays in Israel’s top division, is made up of Arab Muslims. The success of an Arab team in Israel’s top division has been used by the Israeli media to show Israel in a positive light.

Alongside the seemingly depoliticised environment of the football stadium, it appears there could be some hope that football in Israel could play a role in creating a more equal society. Sadly a closer look behind the narrative spun by much of the Israeli media shows there is less hope than there initially appears to be.

Sakhnin have been celebrated as a success story, yet the team face racist chants in many of the games they play. Beitar Jerusalem, despite being over 150km away, have declared Sakhnin their eternal rivals simply because the Arab makeup of the team. This racism goes beyond the fans, right to the heart of Israeli society in the Knesset. Former Israeli foreign Minister, Avigdor Leiberman called on the Israel Football Association to suspend Sakihnin from Israeli leagues after the club paid tribute to Azmi Bishara. Liebermen wrote “I recommend that the team’s management move to the Palestinian or the Qatari league”, and was backed up by Limor Livnat, the former Israeli Culture and Sport Minister, who said: “There is no doubt that there has been a long series of crimes [by Sakhnin] but this was the worst, there needs to be a serious punishment.” 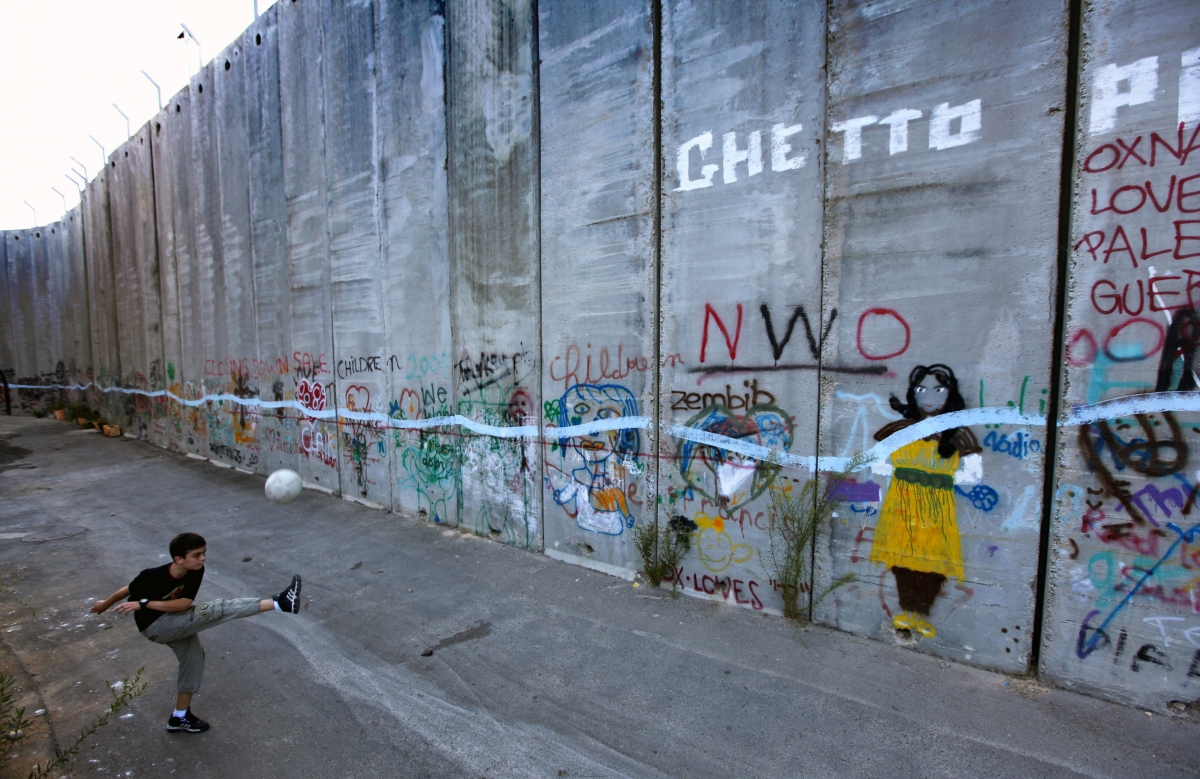 The racism at Beitar Jerusalem has been well documented. This season Beitar Jerusalem were docked two points, after the fans shouted racial abuse at Arab player Shmona's Ahmed Abed, who plays for Hapoel Kiryat. This was the fourth time this season alone that Beitar fans had been found guilty of racist abuse. When Beitar signed two Chechen Muslim players the fans were not happy. The players were spat at and sworn at by their own fans, a banner was held up reading: “Beitar forever pure” and some fans even took to committing arson on their own team’s office. Beitar is the only Israeli team never to sign an Arab player, and is showing no signs of changing this policy.

There is some hope in Israeli football as shown by the fact most teams now include Arab players. However there is no general sign of improvement, and certainly no sign that football is having a positive effect on Israeli society. The truth is things are getting worse.

On 31 January 2014 Jawhar Nasser Jawhar, 19, and Adam Abd al-Raouf Halabiya, 17, were on their way home from their training session in the West Bank. On approaching a checkpoint Israeli forces fired at them. Ten bullets were put into Jawhar’s feet, and Adam took one bullet in each foot.  It does not seem to be a coincidence that the football players were shot in the feet. Jawhar and Adam will never play football again. What this story shows is that the issues in Israeli domestic football shadow those from wider society. Palestinian players suffer under the occupation, both physically and though the travel restrictions imposed. Teams from illegal settlements in the West Bank continue to play in official Israeli leagues unhindered. Racism continues to go unpunished. A glimmer of hope arises from football in Israel but the overriding outlook is one of despair.