In July 2016, Caabu Director, Chris Doyle attended a conference on refugees in Kos.  After the conference he visited a centre for refugees at risk and also the Muslim cemetery where 37 of those who drowned have been buried.

Here Chris explains the situation at the cemetery:

Many of the refugees Chris spoke to feared that they would be sent back to Turkey under the EU-Turkey deal.  They did now know what would happen to them and where they might land up. 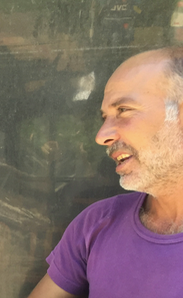