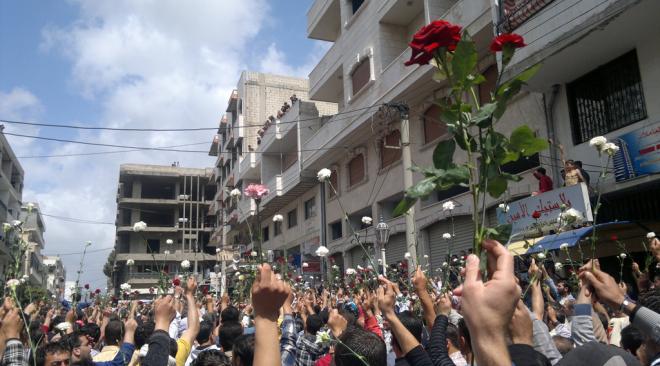 This panel will examine the challenges facing Syria as a result of the six-month long repression of the protests against the Assad regime. The panel will discuss why the 'reform' scenario is not viable anymore and what other scenarios are opening up on the horizon for Syria.

Samir Seifan is a prominent Syrian economist and author of several books and many studies about the Syrian economy and political reform. His argues that reform is no longer a viable option in Syria, based on having participated in several governmental teams on economic reform in Syria in the early years of Bashar Al Assad's Presidency. In June 2011, he was one of the organisers of the first open opposition meeting in Syria, in what became known as the Semiramis conference.

He is a fellow and board member of Centre for Syrian Study (CSS) in St. Andrews University in Scotland and fellow of Orient Research Centre (ORC) in Dubai. He is ex-president of Syrian Management Consultants Association in Syria (SMCA). During his professional life

he worked in Syria- Germany - Libya, UAE, UK and Lebanon.

Samir El Taqi is the general manager of Orient Research Centre in Dubai. He is a former member of the Syrian parliament and political activist. He is a member of the Syrian Strategic Studies Centre and the author of numerous analytical articles on politics and reform in Syria. He has also participated in numerous forums on reform in Syria, including at Chatham House (RIIA). He is a surgeon by background.

The event is free of charge; seats will be allocated on a first come, first seated basis (no need to book).