About the Syria programme 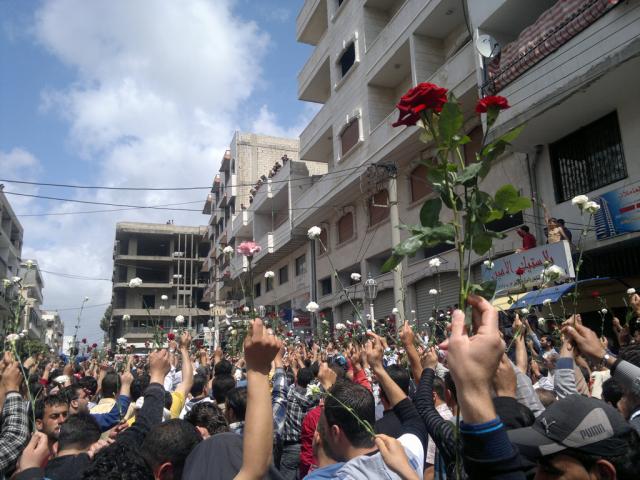 Why set up a Syria Programme?

Caabu started a specific Syria programme in 2011 to highlight events in Syria, improve the understanding of the uprising and protests in the country, raise issues of human rights, and international law and the humanitarian situation.

It stems from the conviction that the situation in Syria poses a significant threat to the country, to the region and international peace and security.

Ever since 2011, the events in Syria have horrified us all. Caabu’s position has been based on our principles about supporting human rights, democracy and international law. Caabu has taken a steadfast and resolute position against the brutality of the regime, worked to get its leading figures and institutions sanctioned, raised major issues of human rights abuses and condemned those countries such as Russia and China who have protected the regime at the United Nations. Caabu’s director, Chris Doyle has played a leading role speaking out at rallies, in the media and other events. The Assad regime and armed opposition groups should be held fully accountable for all crimes as well all other parties to the crisis.

Wary of pushing the international community into making matters worse, Caabu has not called for a military intervention into Syria, which would risk escalating a civil war and increasing fatalities. Caabu has pushed for targeted sanctions but not the broad based sanctions that decimated Iraq’s civilian population for 13 years leading to hundreds of thousands of deaths. This is a position that has been taken up by most governments around the world including the UK.

Since May 2013, Caabu has called on the UK and other EU member states to accept more Syrian refugees, in particularly the most vulnerable. Caabu has argued that the burden of the refugee crisis cannot just be placed upon Syria's neighbours; Lebanon, Jordan, Turkey and Iraq, and that the UK has a moral duty to be part of the UN's resettlement programme for Syrian refugees. Alongside a number of charities, NGOs and other organisations, Caabu was a signatory on a letter to David Cameron, published in The Independent in January 2014, urging the UK to resettle the most vulnerable Syrian refugees as a result of the crisis.

As the Vulnerable Persons Relocation Scheme draws to an end, Caabu is urging the government to publish plans for what happens after 2020.

Since the start of the uprising Caabu has been actively engaged with all relevant government departments on a regular basis. Chris Doyle had meetings with Alistair Burt, the former Foreign Office Minister responsible for the Middle East. He also addressed internal FCO seminars on Syria.

Caabu has been in holding events in Parliament, press briefings and its staff have been speaking at events about Syria.  On 20 June 2019, Caabu held a meeting in Parliament held jointly with LSE's Conflict Research Programme  Former UN envoy to Syria Staffan De Mistura;  Dr Rim Turkmani, the Director of the LSE’s Syria Conflict Research Programme and Marika Theros, a researcher at the Conflict and Civil Society Research Unit at LSE.

On 6 February 2013, David Lesch, the author of Syria: The Fall of the House of Assad addressed a Caabu meeting in Parliament

There is an active media and communications programme. Chris Doyle, Caabu’s Director has been in high demand in the media, interviewed on nearly all domestic news channels including Newsnight, BBC Ten O’clock News and Channel 4 News. He has been quoted in nearly every major newspaper on Syria during the crisis.

The programme is headed by Caabu's Director, Chris Doyle, who is a regular visitor to Syria and an expert on the country and its politics.  The journalist Michael Goldfarb wrote "he knows the Syrian situation as thoroughly as anyone outside official channels in Britain does".