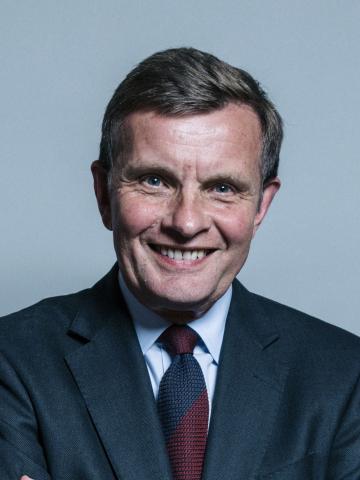 David Jones is Caabu's Chair. He has been the MP for the Clwyd West constituency in Wales since 2005. During the 2005-2010 Parliament David held a seat on the Welsh Affairs Select Committee and was co-chairman of the Associate Parliamentary Sustainable Resource Group.

In November 2006, he was appointed Shadow Minister for Wales, a position which he held until the General Election in May 2010.

David also serves as the Chair for the All Party Parliamentary Jordan Group. He visited Jordan on a Caabu delegation in November 2014, and to Palestine and Israel on a joint Caabu/Medical Aid for Palestinians delegation in September 2015.