26 British parliamentarians have written to joint Foreign Office and Department for International Development Minister responsible for the Middle East, Alistair Burt MP on the demolition of the Palestinian Bedouin community of Khan al Ahmar in Area C of the West Bank. The planned demolition of the community would also include Khan al Ahmar's school, made of tyres and mud, which educates 170 children aged between 6 and 14. More information about Khan al Ahmar can be found on the website of Jahalin Solidarity. 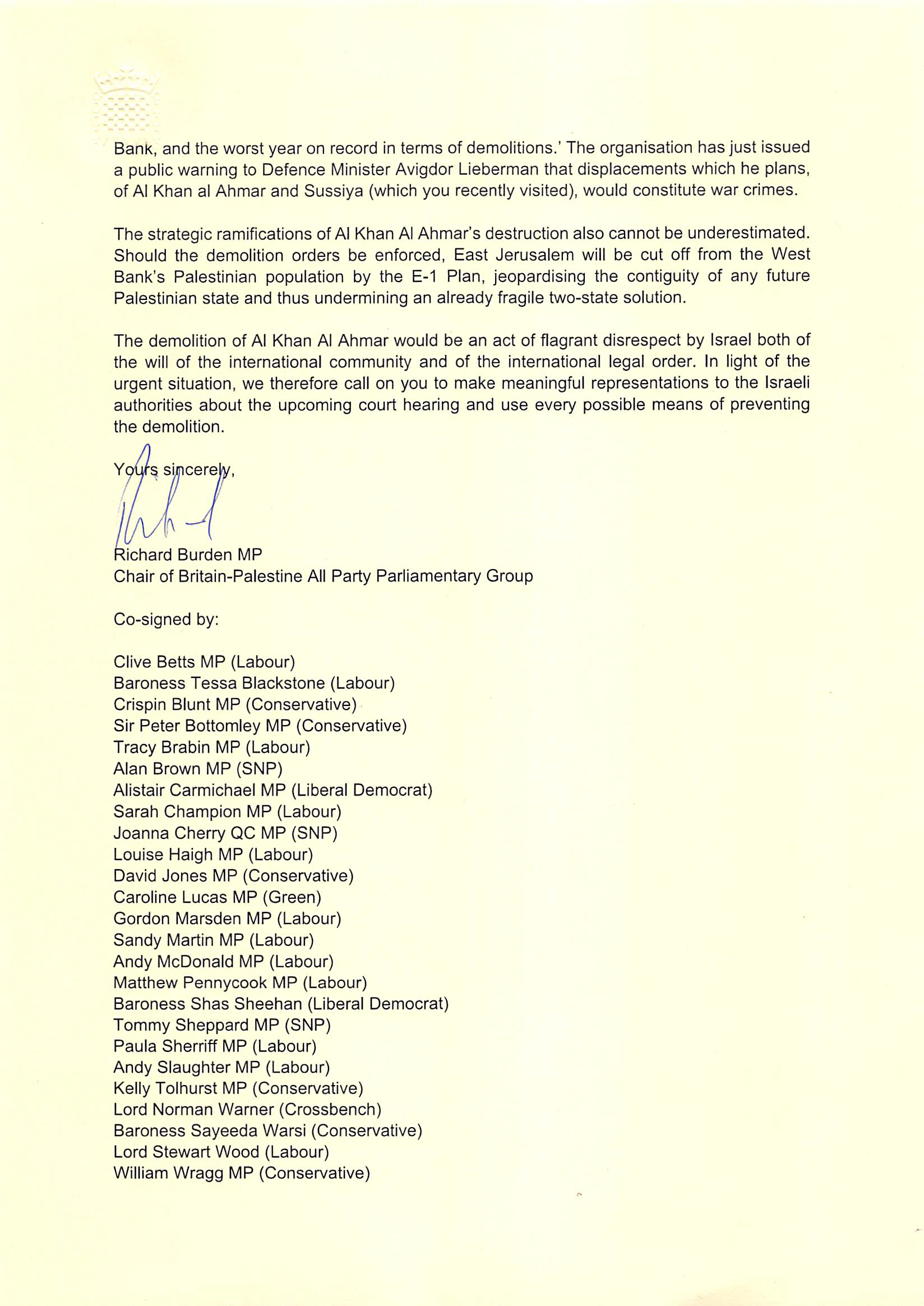 On 11 October 2017, Alistair Burt replied to the letter. He states: 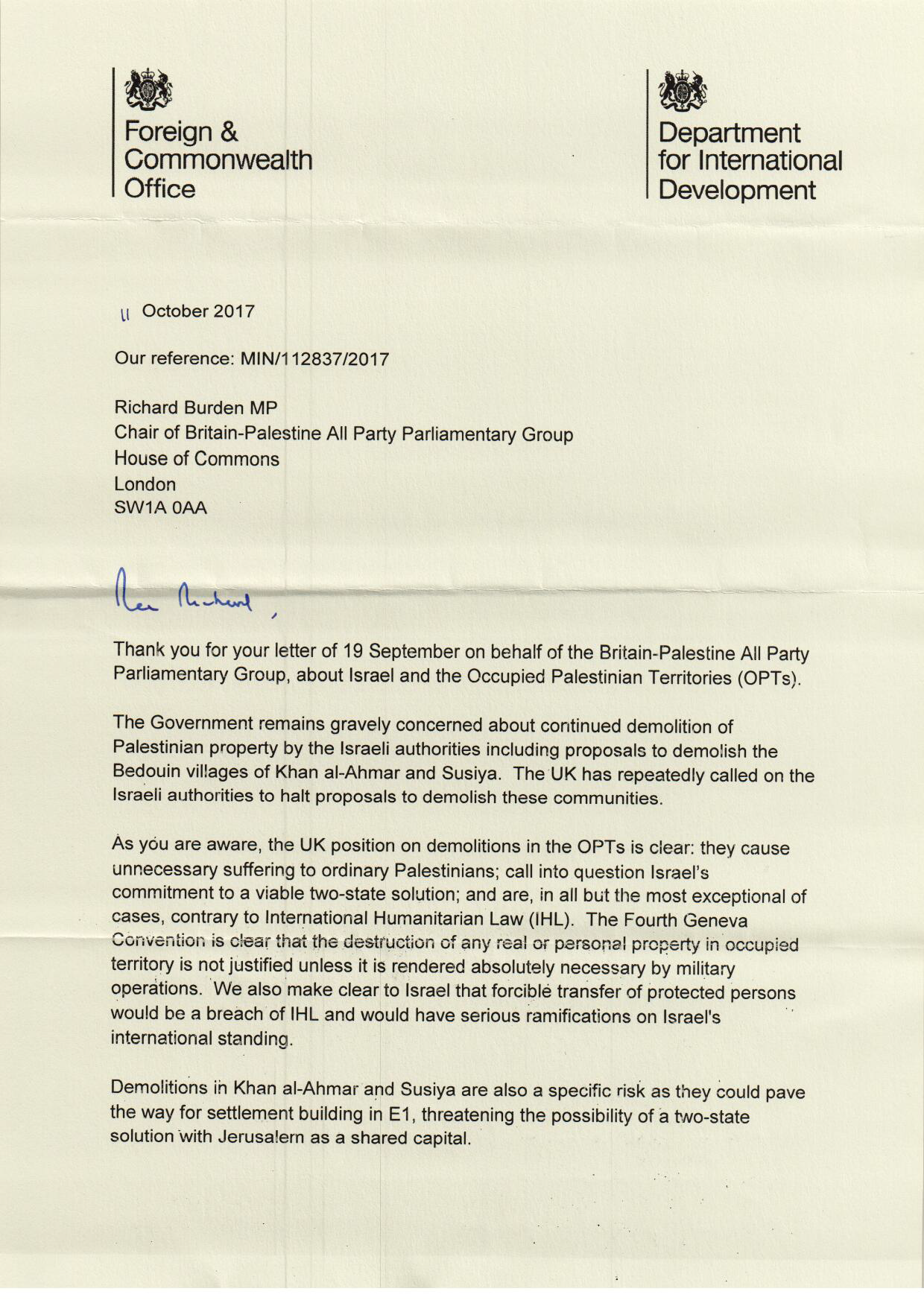 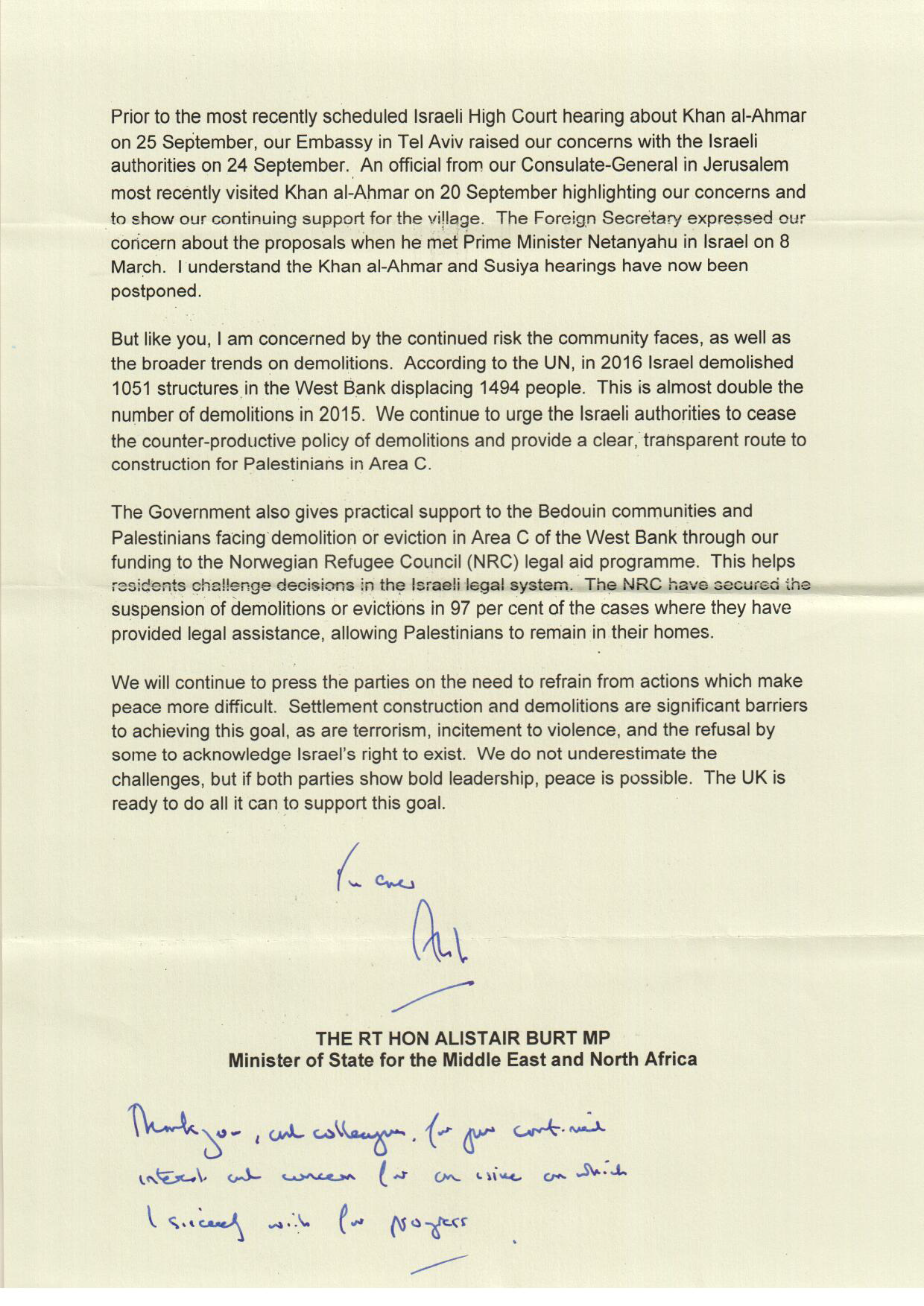