On 20 April Caabu hosted an all-day workshop on refugees with students from Derby High School. The workshop kicked off by CAABU director, Chris Doyle welcoming a group of 14 students from the school and introducing the topic of Refugees from MENA on multiple matters including “Internally Displaced Person”, “broad refugees” and why this topic is particularly important and relevant in today’s context. Several rounds of Kahoot Quiz games were played, with questions such as “Which countries host the most Syrian refugees?” and “Which country does the UNRWA specifically care for?” serving as a great ice-breaking game, and indicator for workshop organisers as to the student’s level of knowledge and awareness regarding MENA refugees.

First guest speaker, James Chalmer, who had worked both at UNRWA and IOM presented an introduction and detailed background to key legal aspects and considerations with regard to refugee rights, international law and other international actors involved in policy making and protections right of migrants, refugees and IDPs.

To conclude the morning session, Osama Wehby a Syrian refugee currently in Lebanon, virtually spoke of his journey and experiences as a Syrian refugee. Osama talked about his dreams, hopes, and aspirations for the future of his family and community. He introduced the work of ‘NaTakallam’ (trsl. we-speak) where displaced persons and refugees are able to generate an income by working as online tutors of Arabic, also acting as translators, and cultural exchange partners, regardless of their location or status. “Such platforms also helps build bridges and establish a mean of communication between ISPs, refugees and foreign third-parties” explains Osama.

After lunch, Ali Alzein, founder of Bees & Refugees, told the story of how he had founded Bees and Refugees in 2020 to provide therapeutic relief and support for newly settled refugees in London through the craft of natural beekeeping. Ali discussed how, after escaping the war in Syria and arriving in London, inspired by his grandfather, he began keeping bees as a coping mechanism to help to alleviate the lasting effects of trauma. After finding this practice extremely beneficial for his own mental health, he decided to try to help other refugees struggling with their mental health through the craft and therapy of beekeeping. Ali also taught the students about Bees & Refugees’ environmental conservation work to support the UK’s endangered, native black bee population, including a tasting of his own organic, raw honey.

The next speaker was Lord Alf Dubs, the Labour Peer who has been a champion of refugee rights in the UK. He spoke to the students about his own experiences as a child refugee, fleeing the Nazis from Prague on the Kindertransport in 1939. Lord Dubs also spoke about the importance of public opinion, and the need to spread ideas through alternative channels outside of the mainstream media, which is used to politicize and exploit refugees. Lord Dubs also spoke poignantly on the importance of hope for refugees, empowering the students to believe that they as individuals could make a difference and urging them to vote and to actively encourage their local councils and MPs to do more for refugees.

The final speaker of the day was Mae Thompson from Lawyers for Justice in Libya. Mae gave a detailed outline of issues of refugee protection in the Libyan context, including a thorough background of the Libyan civil war, the protracted conflict, and sustained political instability. She also discussed the significance of Libya in the Central Mediterranean migrant route, where refugees and migrants are most vulnerable to exploitation, and talked about their work advocating for policy change. Using testimonies from survivors as case studies, Mae challenged the students to an activity in which they had to decide who, with their knowledge of the asylum system gained throughout the day, would or would not be granted asylum, inspiring critical analysis of the current system.

Finally, the students were set a task based on what had been discussed during the day. Dividing into three different groups, their objective was to devise a project to raise awareness and / or funds to support refugees. The three groups then presented their projects to CAABU staff and the day's speakers, offering three fantastic and innovative ideas for creative initiatives that would help to support refugees in the UK. Overall, it was an incredibly successful workshop with fantastic feedback received. 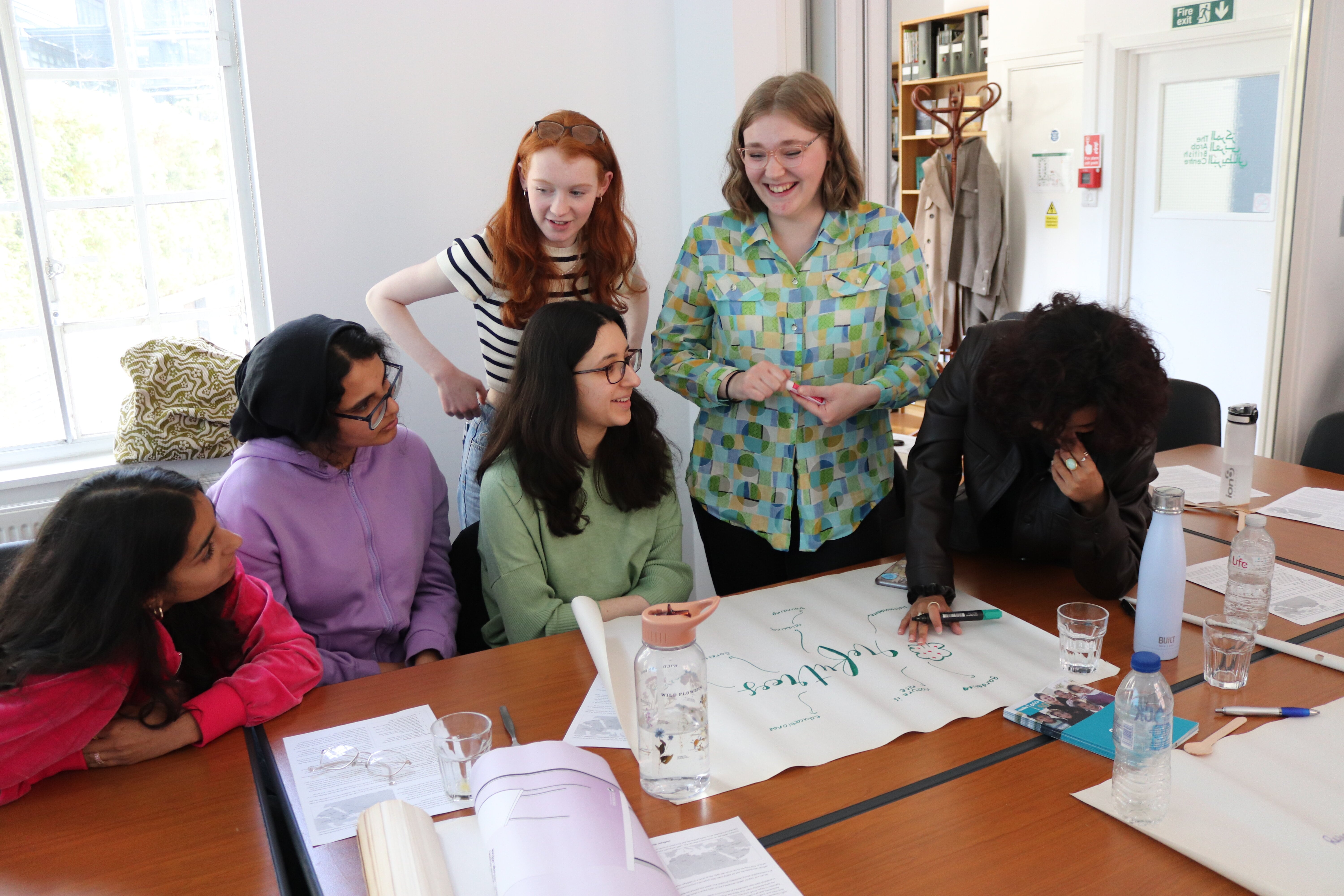