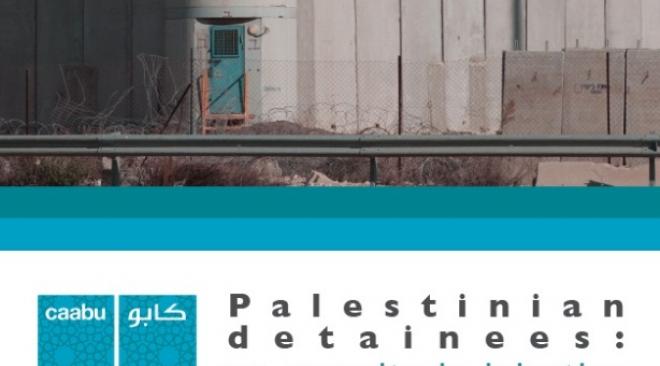 The event is free and will start at 6.30pm - please ensure you reserve your tickets with Seph Brown on browns@Caabu.org

With roughly three-quarters of a million Palestinians imprisoned since Israel’s occupation began, there are few Palestinian families who have not had a member in an Israeli jail.

Caabu’s latest report, Palestinian detainees: no security in injustice, provides an in-depth examination of the issue of prisoners in both Israeli and Palestinian jails.

The report emphasises the seriousness of the prisoner issue, and how the widespread use of detention without trial, rampant ill-treatment and ethnically-segregated systems of law entrench mistrust, increase tensions and ultimately exacerbate the conflict.