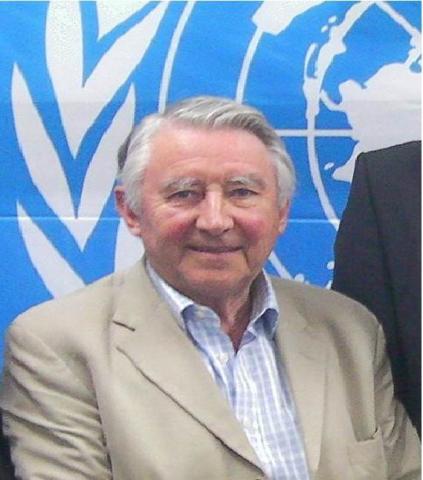 David Martin Scott Steel, Baron Steel of Aikwood is a British Liberal Democrat politician who served as the Leader of the Liberal Party from 1976 until its merger with the Social Democratic Party in 1988 to form the Liberal Democrats. He served as a MP from 1965 to 1997, and as a Member of the Scottish Parliament (MSP) from 1999 to 2003, during which time he was the parliament's Presiding Officer. Since 1997, he has been a member of the House of Lords. Previously, he was President of  Medical Aid for Palestinians from 1997 to 2004 and is now an honorary patron.